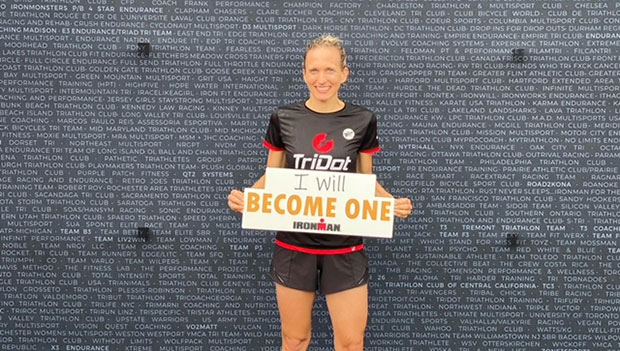 Setting aside time to train is hard even in the best of circumstances. Finding time for long swims, bikes, and runs when you’re a single mom with a demanding job and a three-hour commute takes an Ironman, or more specifically an ironmom. While Ironmon Jillian Carlson was up for the challenge of juggling a hectic schedule with triathlon training, the experience made her lonely.

She longed for the camaraderie and competitiveness of the group rides that she enjoyed when visiting family in Oregon. These rides were more enjoyable because while she was pedaling away with her fellow triathlete family members, she knew her kids were having a blast with their grandmother.

However, when family vacations were over, and Jillian and her children returned home to Washington, she noticed her riding time dwindled and eventually stopped altogether. “As a single mom, I could make time for the swims and runs, but long rides were hard,” Carlson said. Not only did she have to plan training around her kids' schedules, but she also had to do it alone. It wasn't fun and it wasn't safe on several levels. Sadly, despite being the person who initially got her family involved in triathlons, Jillian stopped signing up for races.

Until that is, her brother-in-law presented her with an opportunity that her competitive nature could not ignore—a half ironman. Seven years after doing her last triathlon, Jillian registered for the Coeur d'Alene Ironman 70.3.

Then the world shut down.

Although the gym closures brought on by the Covid-19 pandemic were a major setback for many athletes, Jillian was able to use the new flexibility of her work schedule to her advantage. She purchased a bike simulator and began using a new riding app called Zwift. The equipment allowed her to fill in the gaps that once hindered her triathlon training, all from the safe confines of her home. Plus, the app came with some pretty cool features like the ability to do virtual rides with her family. 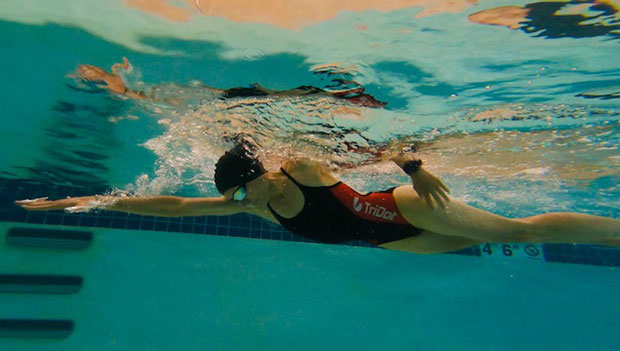 Jillian's only goal for her first 70.3 race was simply to finish. And, she did. However, she felt that she could do better if she used a more regimented, organized training plan. So, she did what most people would do—she Googled: Ironman training plans. And this led her to TriDot, an organization that would improve not only her triathlon training but also provide her with the kind of human connection she was missing.

TriDot training plans are developed through biometrics and training data along with optimized training technology to help athletes get better times with fewer injuries. It was the combination of training effectiveness and community that drew Jillian to TriDot.

“I had a pretty bad hip flexor injury in high school and I wanted to be smart about that,” Jillian explained.

At the end of her next race, Jillian saw a marked improvement in her time, and she remained injury-free. She was hooked on TriDot. Not only was this the training plan for her, it also gave the community she was craving. TriDot has a robust community that supports members through an ambassador program, pre-race meetups, and a robust Facebook page where members can mentor and support each other.

Jillian was happy when other TriDot members started doing virtual group rides through Zwift, and she was absolutely thrilled when these virtual rides allowed her to meet fellow triathletes in her area. She now meets up with her fellow local athletes for group swims, bikes, and runs. Jillian and a fellow TriDot friend even completed an 18-hour road trip together to Jillian's first full Ironman in Boulder, CO.

Jillian has also become a TriDot Ambassador where she can encourage and mentor new athletes in a more hands-on way. She loves to share how TriDot not only helped her improve her times, but also helped her overall mental well-being—especially during lockdown. “When the world was upside down, my TriDot training and TriDot community were my one constant…the thing that I could count on,” Carlson said. 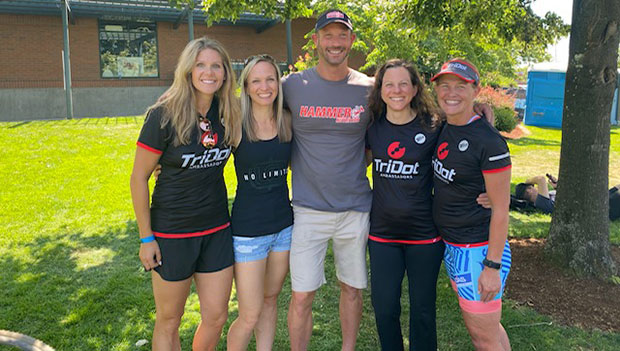 It was also during this time that Jillian began to think of training as essential to her lifestyle rather than a means to an end. She was happy that this mentality—her TriDot community—kept her from going to a “dark place” during lockdowns.

And I think that you can say that incorporating TriDot into her life has certainly paid off. Jillian qualified and will compete in the 70.3 World Championship in St. George, Utah

Click here to learn more about TriDot, its community, and how training for your next triathlon using TriDot’s Data Optimized Training can unlock your best performance yet.