Half IRONMAN Triathlons for First Timers 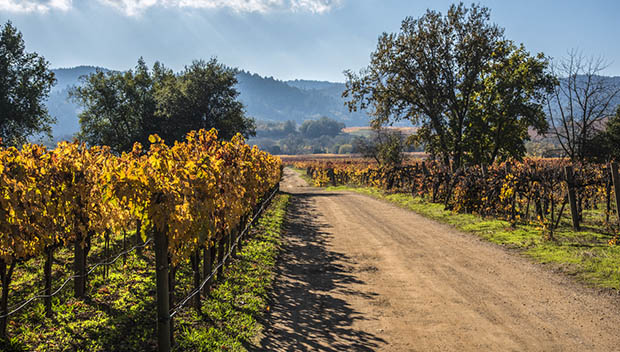 Making the jump from a sprint triathlon or Olympic-distance race can be intimidating for some triathletes. Make the transition easier by signing up for one of these races perfectly suited for first-time 70.3 participants.

What's better than exploring some of the premiere wine regions after a grueling multisport race? That's exactly what you are in store for when you sign up for this thrilling race. Easily accessible from San Francisco, IRONMAN 70.3 Santa Rosa truly delivers the perfect race experience, from the moment you arrive to your on-the-course moments to the time you go to leave. If you're setting out for your first go at 70.3, do it right. And this race will help you get there.

Believe us when we say you don't want to overlook this half IRONMAN situated in the heart of Indiana. Lauded for having one of the best overall runs, overall bikes, best race venues and best post-race celebrations in the 2016 Athletes' Choice Awards, IRONMAN 70.3 Muncie is a can't-miss race for your calendar. With a family-friendly environment for athletes and spectators, enjoy all Indiana has to offer after accomplishing your goals by visiting local attractions, such as the Muncie Children's Museum, Cardinal Greenway, Minnestrista Cultural Center or the White River Greenway. Or, if you're looking for something more adult, Scotty's Brewhouse is waiting for you to cash in on your post-race beer dreams.

Celebrating its 15th anniversary in 2017, IRONMAN 70.3 Steelhead attracts triathletes from all over the country and world to the quaint resort beach town. Known for its beaches, wineries and fruit orchards, there's something for everyone and plenty to do in Benton Harbor surrounding your race. As for the race, participants will swim in the clear waters of Lake Michigan, bike through wine country and run under the cover of trees and alongside eager and passionate volunteers, making that final stretch just a little bit easier.

Once known as the Big Kahuna Triathlon, IRONMAN 70.3 Santa Cruz is one of California's longest-running races. Plus, it's the perfect race for those new to 70.3 racing with a year-round temperate climate and views to die for. Swim on Santa Cruz's Main Beach, bike along the California coastline and run along the Natural Bridges State Park and Wilder Ranch State Park on your way to the finish line at the Santa Cruz Beach Boardwalk.

IRONMAN 70.3 Waco is about more than just the swim-bike-run. With so much to do in the central-Texas town—from the Cameron Park Zoo to the Mammoth National Monument fossil site—this triathlon is the ultimate race-cation in the making. But back to the important things. The swim takes place in the Brazos River and passes below the picturesque and historic Suspension Bridge before continuing onto the bike—a single-loop course through the Waco wetlands. With a gradual incline and fast descent, it's one of the more appealing 70.3 bike segments on the half IRONMAN schedule. Finally, athletes wrap up their race on the double-loop run course, which crosses over the Brazos River and through Cameron Park before finally finishing on the oldest suspension bridge in the southwest.

Part of the fun of completing an IRONMAN 70.3 is racing in fun locations. So why not take advantage of this perk and sign up for a racecation in Los Cabos, Mexico, where you can get a taste of your first half-distance while also enjoying all the Baja California Peninsula has to offer. Swim in the clear waters of Palmilla Bay, bike along the Transpeninsular Highway that links Cabos San Lucas and San Jose del Cabo and finish with a two-lap run course on the downtown streets of San Jose. The 2018 iteration of this race will also serve as the Latin American Tri Club Championship.

Ever wanted to race alongside the historic Mayan landmarks? IRONMAN 70.3 Campeche will allow you to do just that as athletes start their day in the protected waters of the Gulf of Mexico before heading to T1 at the Campeche Country Club Soccer Field and ultimately heading out to the Merida Highway. Triathletes will close on the fast and flat run course along the Campeche Bay that's perfect for first-timers. One of Mexico's best-kept secrets, tourists are attracted to the city's archaeological sites as well as the history, museums, night clubs and restaurants offering incentives beyond the swim, bike and run. Did we mention the 2019 edition will take place right before sunset, giving participants the rare opportunity to run in cool temps under the moon and stars?

READ THIS NEXT: 9 Reasons Half IRONMAN Is the Best Distance