Everything You Need to Know About Bike Wheels and Tires

Learn how to understand aerodynamics and rolling resistance and why they are important when it comes to selecting the right wheels and tires for training and racing.

If you've ever ridden deep rim wheels on a gusty day, you've felt the pull of the wind on your bike. Or you might have put on new tires and felt how they really gripped the road when making a tight turn. Understanding the basics behind wheels and tires can help you make informed choices on what to buy.

Bicycles travel at very low speeds compared to airplanes or Formula 1 race cars, so not all of the same aerodynamic principles apply. When optimizing bike tires and wheels, bicycle manufacturers use computational fluid dynamics modeling and also test their gear in low-speed wind tunnels. CFD modeling lets us "see" how the air molecules move around objects. This is an important factor when designing bicycle components meant to reduce surface friction caused by wind resistance.

Just how important are aerodynamics? Bicycle manufacturer Specialized built its own in-house "Win Tunnel" to aid in design and optimization of bicycles, wheels and tires. Aerodynamics are a key component that of speed. The more aero something is, the faster it will move given the same amount of effort.

When riding performance tires with a low rolling resistance, the same effort by you (e.g., 200 watts) will result in your bike rolling further down the road. 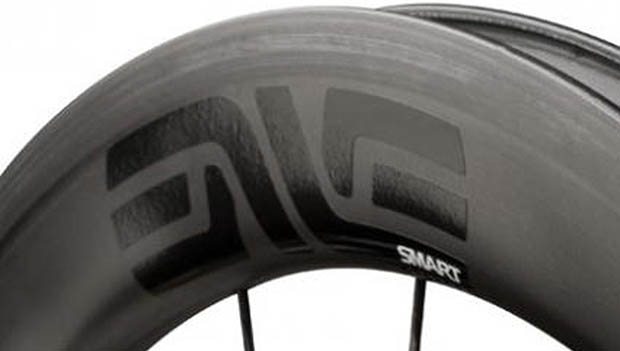 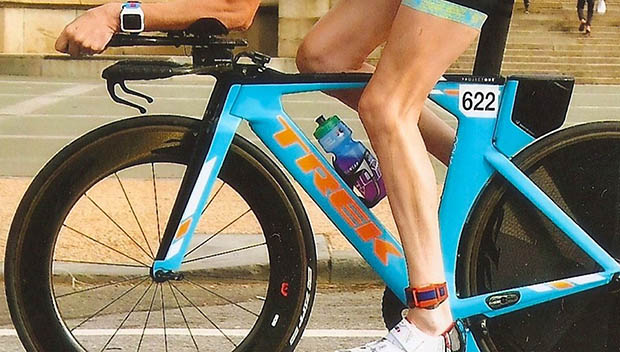 Wheel Size Front and Back

You may have seen riders with different front and rear wheels. The front wheel choice has a bigger impact on the bicycle's handling ability. While a disc wheel is the fastest aerodynamically, using a disc in front makes a bicycle hard to steer. You will likely only see front and rear discs on track bikes. For outdoor races, such as time trials and triathlons, you will often see a deeper rim front wheel and a rear disc. If it is windy, you may see riders opt for a shallower front wheel and a deep rim rear wheel to improve handling.

Due to the dangers presented by using a disc wheel on the road, front disc wheels are prohibited in road cycling and triathlon. 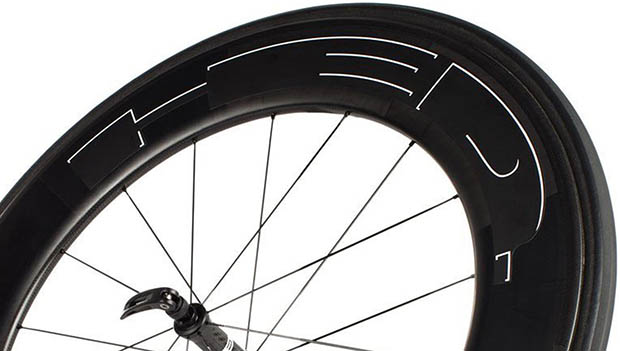 Recent trends have been to go back to wider wheels. Wider wheels allow for wider bike tires, which have been proven to offer lower rolling resistance and therefore are faster than narrower tires. It is important to pay attention to the width of your wheels and use tires that are within the approved with range for the wheel. Both tire and wheel manufacturers provide recommended optimal widths. 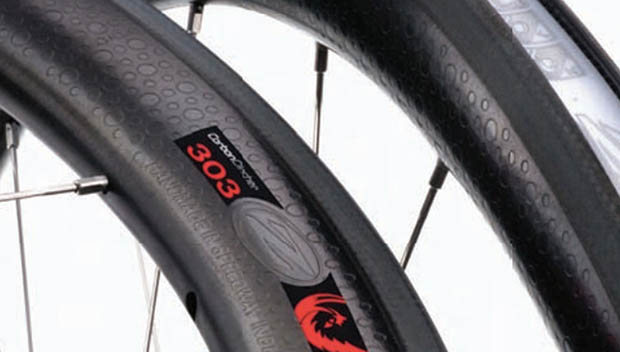 Current trends for choosing wheels are not only going for a deeper profile but also wheels that are wider at their midsection and blunt at their spokebeds. This is to reduce air turbulence drag as it moves passed the wheel while still allowing for good handling. 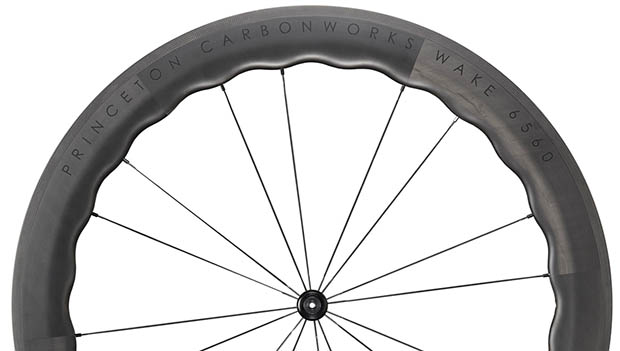 A wheel with a "sinusoidal" profile is designed for improved handling in windy conditions.

The different depths across the interior edge of a wheel improve aerodynamics by offering characteristics of both deeper- and shallower-depth wheels. The goal of this shape is to make the wheel feel less "squirrelly."

Unless you're riding in a wind tunnel, you will never experience a direct headwind for the entire duration of an event. This is why most deep wheels are optimized to perform in real-world conditions where the wind is "attacking you" at various angles from the side. Crosswinds can affect handling, but they do not change aerodynamics. The very design features that make wheels aerodynamic also make them fast in windy conditions.

Pro Tip: The more you practice riding with your deep-profile race wheels in variable wind conditions, the more comfortable and therefore the faster you'll be on race day. 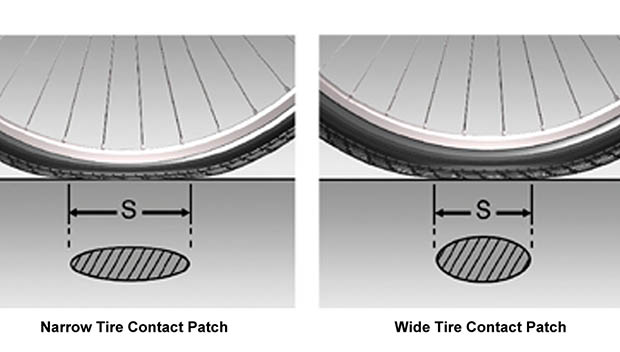 Where the Rubber Meets the Road

Though it seems counterintuitive, wider tires have smaller contact patches compared to narrower tires. If you think about how your weight on the bike pushes the tires into the road, a wider tire will spread out wider across the width of the tire but the length of the contact patch will be shorter. This decreased length of the contact surface means decreased friction between the road and your tire.