Learn More Customer Login
YPT's winter high school musical will be divided into 2 groups of ten actors; the kids will be cast according to their availability in regard to the rehearsal schedule. Families will not be able to select the musical their thespian participates in. The following two musicals will be performed this winter: CINDERELLA: The timeless enchantment of a magical fairy tale is reborn with the Rodgers & Hammerstein hallmarks of originality, charm and elegance. Originally presented on television in 1957 starring Julie Andrews, Rodgers & Hammerstein's Cinderella was the most widely viewed program in the history of the medium. Its recreation in 1965 starring Lesley Ann Warren was no less successful in transporting a new generation to the miraculous kingdom of dreams-come-true, and so was a second remake in 1997, which starred Brandy as Cinderella and Whitney TUCK EVERLASTING: Eleven-year-old Winnie Foster yearns for a life of adventure beyond her white picket fence, but not until she becomes unexpectedly entwined with the Tuck family does she get more than she could have imagined. When Winnie learns of the magic behind the Tucks' immortality, she must fight to protect their secret from those who would do anything for a chance at eternal life. As her adventure unfolds, Winnie faces an extraordinary choice: return to her life, or continue with the Tucks on their infinite journey. 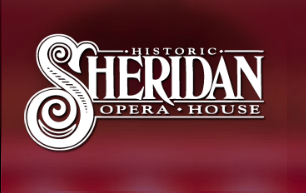