Which Fluid Hydrates Best: Water or a Sports Drink? 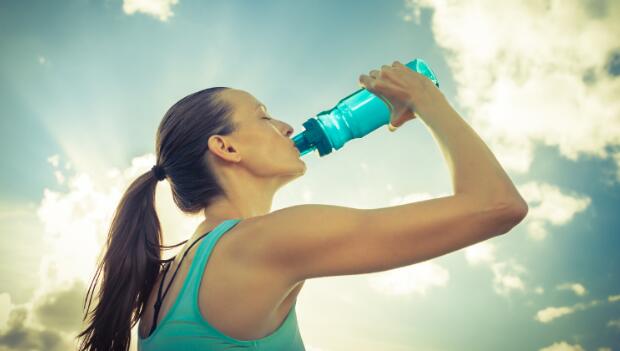 Unless you've been living in a cave, you've probably seen those television advertisements in which a leading sports drink maker claims its product "hydrates better than water." The fact that the message of these ads hasn't changed in many years suggests that a lot of athletes aren't buying it. But it's actually true.

Why do sports drinks hydrate better than water? There are three reasons. First, fluids are absorbed through the gut and into the bloodstream faster when their osmolality closely matches that of body fluids such as blood.

Osmolality is the concentration of dissolved particles in a fluid. Sports drinks contain dissolved minerals (sodium, etc.) and carbohydrates, whereas water doesn't, so water doesn't reach the bloodstream as quickly.

Sodium and other nutrients also play important roles in regulating fluid balance in the body. In other words, they help determine how much fluid enters into muscle fibers and other cells, how much remains in the blood, and so forth. Again, because sports drinks contain these nutrients, they do a better job of allowing the body to maintain optimal fluid balance, which is an important aspect of hydration that few athletes consider.