The Effects of Running on the Female Body 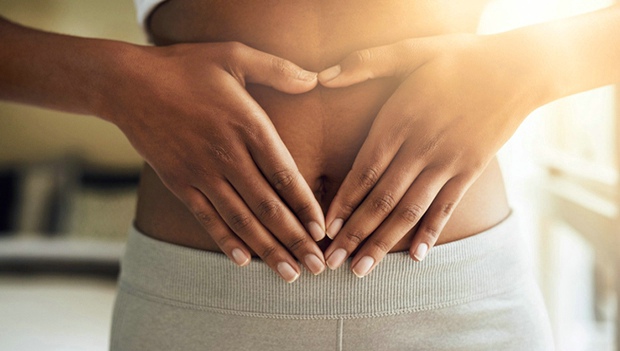 For females, running can become more complicated during that time of the month. But there's more to it than that. Running's impact can cause some interesting reactions in the body. Here are six general things you need to know about running and the female body.

How Does Running Affect the Female Body?

Estrogen is the single biggest thing that differentiates you from that guy running next to you in a race. It is a powerful hormone, influencing many aspects of a woman's physiology, from metabolism to glycogen storage to lung function to bone health. A runner-friendly hormone, times of the month when estrogen is high (just before ovulation at the end of the follicular phase of your menstrual cycle and the middle of the luteal phase) are good times to focus on hard workouts and races.

Quick Tip: The times of the month when estrogen is high (just before ovulation at the end of the follicular phase of your menstrual cycle and the middle of the luteal phase) are good times to focus on hard workouts and races.

Many female runners who train hard and frequently and have a low body fat percentage often experience irregular or even absent menstrual cycles, which reduces estrogen levels. Any disruption to your menstrual cycle can decrease your bone mineral density, increasing the risk for osteoporosis and stress fractures. Estrogen is extremely important in facilitating the absorption of calcium into bones. Female distance runners with irregular or absent menstruation have significantly lower bone density than those with regular menstruation, and even compared to non-athletes.

More: How Your Period Affects Your Training

If you're at risk for a stress fracture because of a loss of estrogen, you need to do everything you can to strengthen your bones and prevent a stress fracture, including adequate intake of calcium and vitamin D, and strength training. You may also want to take oral contraceptives, which supply you with estrogen.

If you bleed a lot during menstruation, your blood's hemoglobin concentration may decrease, which can negatively impact your ability to transport oxygen in your blood. Since iron is an important component of hemoglobin, iron loss often accompanies a lot of bleeding. If this happens, you may need to supplement your normal diet with iron. Many female runners exhibit athletic anemia (low blood iron levels due to physical activity), especially if they lose a lot of blood during menstruation. Athletic anemia is very common among female runners, especially those training at altitude.

For most female runners, running through the first two trimesters is completely healthy. Frequent complaints of pregnancy--including nausea, heartburn, insomnia, varicose veins and leg cramps--are reduced in women who remain active during their pregnancies. Exercise during pregnancy has also been associated with a reduced risk of developing certain obstetrical complications, including preeclampsia, pregnancy-induced hypertension and gestational diabetes. There are a few medical conditions that may prohibit you from running and racing while pregnant: significant heart and lung disease, persistent bleeding in the second and third trimesters, and ruptured membranes.

Women rely more on fat and less on carbohydrate while running at the same pace. Because humans' carbohydrate stores are limited, the difference in metabolism between the sexes gives female runners an advantage for very long endurance activities, during which there is a greater need to conserve carbohydrate and use more fat because of the slower pace.

Running and the Female Body: FAQs

Is running good for women?

Yes! Research shows that female runners produce a less potent form of oestrogen than female non-runners. This results in a decreased risk of breast cancer, uterine cancer, and diabetes for female runners.

No, not necessarily. However, the breasts are composed of mostly fat and fibrous tissues. Because running is a form of cardio, it burns a lot of fat, which can in turn reduce the amount of fat in your breasts, making them smaller.

Why are women such good endurance runners?

When running at submaximal intensity, women burn a higher percentage of fat than men, allowing them to keep pushing for longer. They are less likely to burn out or “hit the wall”, which happens when glycogen is depleted, as early as men.