The Benefits of Course-Specific Training 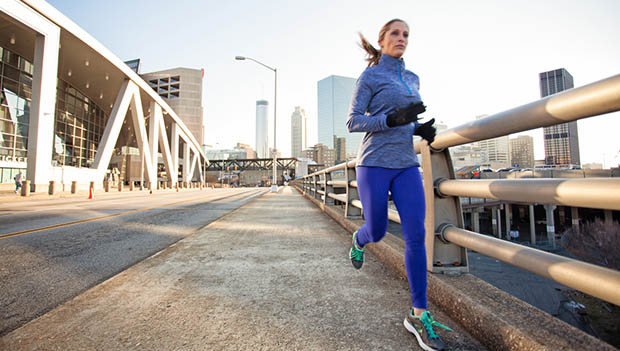 In recent months little has been on the minds of distance running coaches in America more than the topic of course-specific training and how best to prepare long distance runners for each course’s subtleties. The reason for this current focus is a once-every-4-years race called the Olympic Trials Marathon.

Let’s address four key questions regarding “course specific” preparation, which EVERY runner can apply to their own race preparation.

Is it important and effective for runners to replicate the type of course on which they will be racing during training? In short, yes. In terms of both muscle memory and the psychological component of knowing what is to come, course specific training is immensely effective.

What if I live in an area geographically unsuited to the race for which I am preparing? Get creative, no matter how difficult! Do you live in Nebraska and are preparing for the Boston Marathon? Try running in the “downhill function” at two to three percent for 8 to 10 miles on a treadmill before heading outside. Getting ready for Chicago and live in Stockbridge, Massachusetts? Find a flat loop on which you can run consistently for long periods to prepare your legs for the same muscle firing pattern for hours on end.

How often should I do a workout designed to replicate my race course? A minimum of three to four sessions in the final 10 to 11 weeks before your target race will give you tools not possessed previously.

Any other course specific tips? Three quick ones: 1. Find a race in the weeks preceding the key target race event with similar topography. 2. Start doing a few treadmill runs that engage your course ups and downs to the T. 3. Mentally run through your course weekly before race day. Run that race hundreds of times (in your mind) before it’s actually time to run.

In 2006 I met with legendary Boston based marathon coach Bill Squires for a discussion of his Boston Marathon “secrets.” Over the next hour he broke down every nuance of the famed course from Hopkinton to Back Bay and how to train athletes for that race. Twelve years later I applied Squires’ lessons in preparing our team for the 2018 Boston Marathon, implementing nine “course specific” runs in the final 12 weeks of marathon specificity. Our ZAP team’s fourth (Tyler Pennel), sixth (Nicole Dimercurio) and 11th (Joanna Thompson) place performances that day were aided greatly by Squires’ experience and the course-specific preparation he advocated. In short, course specific training works.

READ THIS NEXT: The Pros and Cons of Running a Negative Split