The Pros and Cons of Running a Negative Split 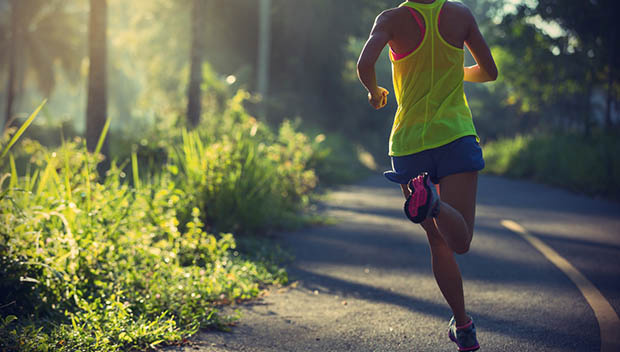 Running negative splits in training is an effective way to build both your aerobic base and the mental toughness required in the late stages of a long event. Not everyone agrees on whether this pacing strategy is good or bad come race day though. To find out why opinions differ, we interviewed two top endurance coaches to get their perspectives on negative splitting a race.

A negative split is simply running the back half of a long run or race faster than you ran the first half. This can mean one second faster or ten minutes faster, but a common strategy is to run an even pace then kick it up a notch when you're coming down the final stretch.

Using this strategy has a number of benefits in training. On long runs, it helps you find your true race pace—if you start off too fast, you won't be able to hold that pace for the entire distance. This can help you set a realistic time goal for your next race. Then on race day you'll be less likely to go out too fast, setting yourself up for failure further down the course.

The strategy is also effective for middle-distance tempo runs where you have to push harder at the end to maintain what was already a "comfortably hard" effort. This mental benefit can also be trained by adding a fast kick at the end of a long, even-paced run.

So there's no doubt that negative splits are useful training tools, but what about using them in a race? The two coaches we interviewed had strong opinions, and they couldn't have been more different.

Chris Hauth is a two-time Olympian and 2006 IRONMAN Age Group Champion who coaches athletes at all levels across a wide range of endurance sports. He owns AIMP Coaching based in Corte Madera, California, and talks all things endurance on his podcast, The Weekly Word. Hauth's philosophy on negative splitting a race falls in line with his overall coaching philosophy: AIMP stands for Advanced, Integrated Mindset and Performance, and cultivating mental toughness in his athletes is a top priority.

"My whole concept on the negative split is, it's great in training, because if you can find the proper pacing with regards to output, the more you can learn about that, the better," Hauth says. "We tend to start out too fast;  our perceived exertion is less than our actual output, so training is the perfect time to learn from that. But in racing, I am not a fan of it because it leaves time and effort and speed and performance out there on the course. None of the top guys ever negative split in a race."

Instead of maintaining a steady pace with increasing effort to maintain that pace, Hauth coaches his athletes to maintain a steady effort or "output" level. He explained that this is not the same thing as keeping a steady heart rate.

"If you look at a good race, it should technically be a rising heart rate line," Hauth says. "It's a gradual rise at the beginning, a little flat in the middle, then rising over the final third or quarter as you work harder to maintain output."

That doesn't mean a runner should throw out all of that negative split training on race day though. "The guy who slows down the least wins, so in that regard the negative split mindset can be useful in a race," Hauth says. "But you want the actual pacing to be such that you run the back half a little slower. You don't want to leave time out on the course."

Leslie Branham, owner of Leslie Branham Fitness in St. Paul, Minnesota, is a strength and running coach with over 20 years of experience coaching newbies to advanced runners in distances ranging from 5Ks to ultra-marathons. She has run over 40 marathons and negative split a large number of them. Her coaching and training motto is, "Go slower, get there faster!" Not surprisingly, she had a very different perspective on using negative splits in races.

"I'm not much of a risk taker," Branham explains. "I don't mind a little bit of pain." She says that going out slow creates less risk in the second half of a long race because "it's putting energy in the bank instead of time. It works the energy systems better."

The pain part comes in the later stages of a race when a runner has to hold their pace or even kick it up a notch. "You definitely need some mental toughness, but I like that challenge," Branham says.

She also loves the mental boost a runner can get from passing others in the back half of a race. "I love catching people who passed me in the first half of the race. It's sort of like a little game."

For that to work though, "it's critical to have realistic expectations of your finish time." Indeed, no one can maintain an unrealistic pace for 13 or 26 miles or more no matter how mentally tough they are. Branham coaches her athletes to ask themselves at key points in a long race if they can maintain the pace at which they're running for "X" more miles or if they need to reign it in. To achieve a negative split, this is especially crucial in those early miles.

No Success Without Work

Both coaches stressed the importance of practicing your chosen strategy in training to help you set realistic expectations and to learn how your body is going to respond—either to a late-stage acceleration or a quick early pace. The only way to learn those things is by doing targeted, specific workouts time and again. So whether you plan to play it safe or go for broke in your next race, make sure to train that way in order to be successful.

READ THIS NEXT: 7 Essential Keys to Running Success