How to Troubleshoot GI Issues 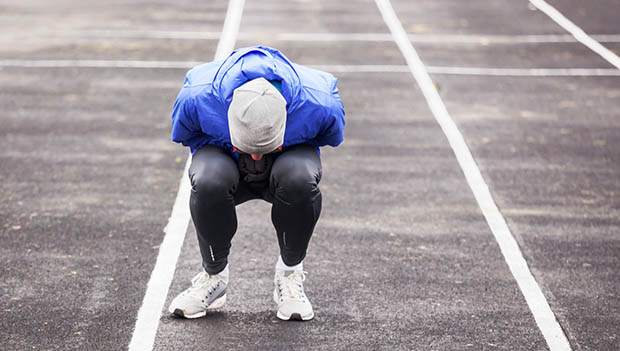 Runners understand the desire to brag about mileage, go for early morning runs, owning too many pairs of sneakers, that black toenails aren't really that gross and having the runs before your run is normal. That last one isn't a fun part about being a runner, but that doesn't make it any less real. This is mostly due to running being hard on the body in general and that impact and jostling does not exclude the stomach. For many runners, an upset stomach and gastric disturbances can limit training to a severe extent.

There are many potential reasons for this problem, and identifying them is step one to overcoming the issue. If you can't seem to find the cause or solution, reach out to a sports dietitian for assistance as you may be overlooking something or be suffering from an ailment more severe, such as a food intolerance. Also, just stop and use the restroom! Pressing pause for a quick pit stop isn't going to ruin your training.

Do you run in the afternoon?

Take a look at your lunch! Being a runner can leave you wanting to fill your lunch plate with fibrous vegetables and whole grains. While these foods are nutritious, consuming too much fiber pulls water into the stomach and speeds gastric transit time, leaving you both overly full and more likely to need the restroom. To avoid this, aim to space fiber more evenly throughout meals and snacks, and avoid it in the hours leading up to your training.

Do you run without fueling?

If you're fasting for health or fitness adaptations, that's one thing. However, too many runners refuse to eat before runs because of one bad experience with eating then running, leaving them under fueled and unable to hit their top performances. If you never run and then go out for 5 miles, you expect it to hurt. Of course, the more you train, the less it hurts. Same with fueling your body, you have to get your stomach to tolerate having fuel while running. Start small with easy-to-digest carbohydrates, such as sport drink, a banana, a gel or piece of toast, and as you become better at tolerating these foods, increase the amounts and variety until you're able to consume enough to truly benefit your body without any negative effects.

Do you eat and run?

Many morning runners wake up, have coffee, eat breakfast and start running in a very short window of time. This doesn't allow for proper digestion as running diverts blood flow away from the gut to working muscles. Try reducing your intake or allowing for more time (2 hours is best) between eating and running.

This is the feeling of a bloated, sugary or sour stomach that can leave you feeling generally sick and not interested in taking in more energy. This is usually due to taking in too concentrated a carbohydrate source (hypertonic drinks) or too much of the same type of source (gel after gel after gel). Alternate between multiple types of fuel, such as a bite of granola bar between sports drink sips.

How tight are your shorts?

Thick elastic bands that press into your abdominal area can put pressure on your gastric system and lead to unpleasant results. Try bottoms that have thick, stretchy bands and are slightly looser fitting to alleviate this issue.

Do you get pre run anxiety?

While most runners think this only happens in pre-race situations, any run can leave you feeling stressed out and nervous to hit your training targets. There is a real mind-gut connection; when the mind is under stress, so is your stomach. This can result in feeling nauseous, gassy, bloated and even lead to diarrhea. Try pre run meditations or visualizations to put yourself into a calmer and more confident place.

Do you eat a large variety of food?

Many runners eat a simplistic, repetitive diet for a reason: It helps dial in what works while leaving behind problematic foods. Many people have sensitivities to spicy foods, dairy, caffeine, gluten, and more, and eating these foods before running will only exaggerate the ill effects on your digestive system. Try keeping a food log to identify any foods you do not tolerate well, and save your rest days for creative meals.

READ THIS NEXT: How to Troubleshoot Why You're Bonking 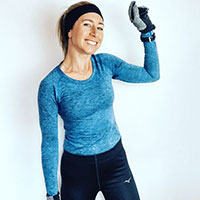