Here's How to Get a Strong Runner's Butt 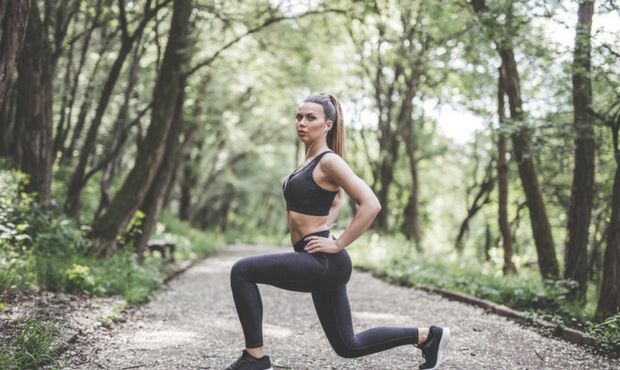 As a lifelong runner with a basic understanding of human physiology, I thought I'd heard the litany of possible running injuries—and experienced most of them. But the diagnosis I got this year took me by surprise: glutes not firing.

It Seems I'm not alone. I've heard of at least five others with the same malady, including 2:12 marathoner Jason Lehmkuhle and 2:45 marathoner Erin Ward. I wondered if runners had suddenly changed their gait or their shoes or their lives, causing this malady, or whether an old problem was only newly understood and diagnosed. Chicken or egg? Turns out, it's a little of both.

Phil Wharton, a musculoskeletal therapist and co-founder of Wharton Performance, and Jim Rakow, a certified athletic trainer and sports medicine outreach coordinator with Twin Cities Orthopedics, agree that the glut of glute complaints arises both from a larger pool of under-trained runners and a better understanding by health professionals of the vital integration of all muscle groups involved in running.

How Baby Gets Back

"Rehabbing the glute is rarely the only answer," says Rakow. "A rehab program should focus on getting the whole kinetic chain working, from core to foot, in a coordinated fashion."

"My strategies have evolved to more active weight-bearing and balance exercises," Rakow says, "because they translate better to running." Strong glutes that don't perform in a coordinated fashion with other muscles through the whole running motion are of no use—strength and coordination are best developed through exercises that closely mimic running.

Both Wharton and Rakow suggest the big "muscle" located between the ears is critical to glute activation. Think about your glutes—tensing and releasing, being aware of knee alignment, using glutes to push off while walking, and exaggerated backward walking. These cues can be accomplished throughout the day and as a pre-run warm-up to reawaken neural pathways and give lazy glutes a kick in the shorts.

Stand straight with head, shoulders, buttocks and heels against a wall. Does that feel unnatural? If so, you're out of alignment, which can be a red flag.

Do your glutes complain when you perform 20 donkey kicks (on hands and knees, kick one leg out, back and up)? If they fatigue, they're weak. Donkey kicks can be used both to diagnose and to treat weak glutes—build up to 30 per leg.

Four Ways to Wake Up Your Glutes

1. Lying on your back, bring one knee toward the opposite shoulder, performing most of the movement with the active leg and only using your hands to pull your knee to the farthest range of the stretch. Hold for a moment and return.

3. Stand with one foot on the edge of a box and the other swinging free. With an elastic band around both ankles, swing the non-weight-bearing leg forward and back, keeping your hips level and stable.

4. In push-up position, face down with your body in a straight plank position, raise your right leg, tensing your glutes. Hold for five seconds and return to original position. Do 10 to 15 per leg.

READ THIS NEXT: 7 Glute Moves to Improve Your Running Speed

Find Your Next Race.