9 Running Dos and Don'ts During the COVID-19 Pandemic 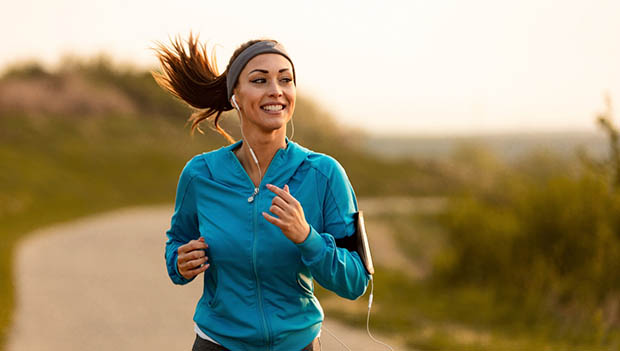 Between working from home and barely leaving the house, the current COVID-19 pandemic sure has uprooted the daily lives of many runners. And although most large races that were set to take place this spring have been postponed or canceled, many runners are still eager and willing to get outside for their daily workouts, especially if it's the only time they go outside all day. While health officials enforcing the current guidelines have deemed exercising outdoors safe, there are certain precautions you should take to keep yourself and others safe.

Do run by yourself. Aside from weekend long runs, I've been doing this for years. Trust me; it's not that bad! Taking an hour or so to clear your mind and appreciate nature will prepare you to tackle your day once you get back.

Don't run in large groups. Health experts are advising that people avoid coming into contact with anyone they don't live with, so you really shouldn't be meeting up with a single running buddy, let alone a large running club.

Do try to run at "off-peak" hours. Here in Houston, our local and ever-popular Memorial Park has seen extreme crowding since the closing of most public businesses. Needless to say, there's no "social distancing" going on when this is happening. While you might be tempted to sleep in late just because you can now that you're home, it's probably better to stick to traditional early morning hours for running if possible.

Don't run if you're sick. If you're at risk of potentially spreading the virus, stay home! You could potentially expose someone who is at high risk, such as elderly and immunocompromised people—or even someone who is completely healthy; the coronavirus doesn't discriminate.

Don't touch anything on your run. Carry your own water bottle rather than relying on public fountains, and avoid touching traffic light buttons to cross the street. Use your sleeve or elbow if you have to.

Do give yourself plenty of space to distance yourself from any other runners. This one is actually pretty easy, especially if you're running on wide streets or trails. You can still give your usual running mates a nod or a wave while passing from an appropriate distance—6 feet.

Don't go to the gym and run on the treadmill. Chances are your gym is closed anyway. But if it's not, know that gyms can be one of the germiest places you can visit during this time, and it's best to steer clear. If you're lucky enough to have a home treadmill, take advantage of it, but don't forget to wipe it clean before and after every use.

Don't run the course anyway in place of your canceled race. If your race is offering a virtual race option, great! But complete it by yourself. When the Boston Marathon announced its postponement, many runners shared that they planned to still run the course on April 20, and race officials quickly advised against it. Not only would it be unsafe with the streets open to car traffic, but the usual medical resources dispatched on race day would not be of assistance either, especially given the current pandemic.

Do try to avoid hard workouts. While long-distance running has been tied to strong immunity, too many hard efforts could potentially have the opposite effect and leave you feeling weak and rundown later on. With the racing season virtually canceled, take this opportunity to rest your legs and recharge, nursing any potential injuries along the way.

READ THIS NEXT: What Exactly Is a Virtual Race?