What Exactly is a Virtual Race? 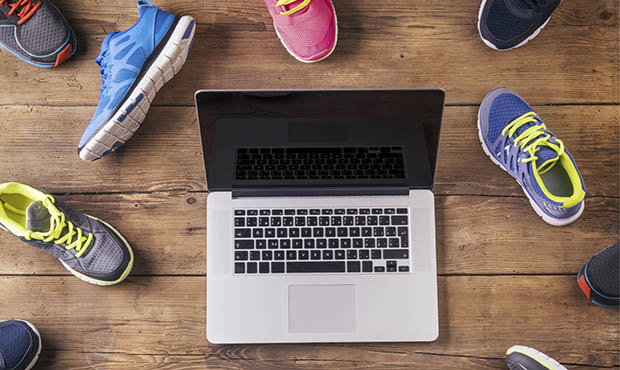 There are no parking problems. No crowds. No long Porta Potty lines. There is no start gun or nervous, pre-race chit chat with other runners.

There's not even an official starting line.

That's the kind of flexibility offered by virtual races, a new trend in the running community. Runners who sign up for a virtual race register online and simply choose their own starting line, whether it's a treadmill or a neighborhood street. They run the race distance, upload their finishing time and a few days later are mailed a medal.

It may seem strange to traditional runners, but race organizers say the virtual race is a great option for those who want convenience.

Years ago, before national championship meets, high school runners mailed in their times to a national postal competition, and a champion was then selected and announced.

This was the early model of virtual racing.

It's unclear when virtual racing made the leap online to a mass audience. Some race directors say it evolved from runners’ requests to participate in physical races from afar. Regardless, in recent years virtual racing has exploded in popularity, mostly because of its flexibility.

"There are many people who would love to participate in physical races but are unable to for one reason or another," says Mark Petrillo, founder of Virtual Strides, a small business that organizes virtual races and donates a large percentage of the proceeds to charitable causes. "With virtual races, you don't need to deal with traffic, parking, poor weather or unexpected schedule conflicts or injuries that might cause you to miss the race."

It's also an easy way to practice race day nutrition and hydration, says Alex Anastasiadis, owner of Running on the Wall, an online shop that sells all things running.

"Virtual races can be used to experiment with new training plans and methods to find out what works best for you on nutrition [and] hydration before and during the race, supplements, resting and waking time before the race, apparel and many other very important factors that can make you or break you on your big upcoming race," he says.

How Do Virtual Races Work?

Most virtual races work the same: participants select a distance, sign up and pay the registration fee. Some races allow runners to complete the distance at any time, but they all allow runners to earn their medal anywhere.

"The more creative the bling, the better," says Dwight Jackson, who owns Will Run for Bling, a virtual race company.

After the virtual race, runners post their times online and are then mailed a finisher's medal. Some organizers even offer race packets and electronic bibs to their runners as well.

"For us, virtual racing is not a replacement, but an addition to the conventional race," Anastasiadis says. "Both should be a part of our training plans and training methods that we can use to become a better runner."

Many traditional road races are now adding virtual races as an alternative option. For example, Colorado's Prairie Dog Half Marathon allows runners to participate virtually. The Prague Marathon and the Falmouth Road Race in Massachusetts also offer virtual races in addition to the "live" race.

Fees are typically lower for the virtual race alternative, meaning runners can earn their miles and save money. Such is the case with the Walt Disney World Radio Running Team's Tomorowland Virtual Race, which gives runners an alternative to making the expensive trip to Disney World and Disneyland for their series of half marathons and marathons.

Still, as the popularity of virtual races has grown, so have runner's opinions of it. Many runners say that virtual races simply can't deliver the same race day atmosphere, the community or the camaraderie of races.

But virtual racing advocates have an answer to that, too.

"You are able to keep the community feel because of the online environment," Jackson says. "Kind of the same way that other running groups share stories and feedback on social media, virtual races create this type of community also."

Another Way to Give Back

Like many physical races, virtual races are also committed to donating to charities, and many operate at little or no profit. Races for Awareness, for example, donates at least 80 percent of its net proceeds to various charities.

"We have raised over $89,000 since we started in September 2013," says Joanna Williams, owner and founder of Races for Awareness. "We have over 5,000 participants from all over the world."

Since thousands of runners are trying out virtual races, more and more charities are benefitting. Virtual Strides raised more than $82,000 for charity in 2015, and Will Run for Bling gave more than $50,000 to charities in 2014 and 2015.

"I think people like the idea of participating in a virtual race on their own terms, while supporting a great cause, and receiving some nice bling in the mail to commemorate their accomplishment," Petrillo says.

A virtual run can look however you’d like it to look! You can run a virtual race from anywhere on any route you’d like. You simply have to submit your time by whatever date the race directors of the race you’re completing have designated.

How do I track a virtual run?

There are plenty of free tracking apps available, Strava being one of the most popular among runners. Most virtual races allow you to track your run however you’d like.

Why do people do virtual races?

Some people like the convenience and flexibility that virtual races offer. Others use virtual races simply as planning and preparation for future in-person races. Whether you’re using a virtual race as a trial run or prefer the ease and money-saving attributes of these races, they’re a great option.