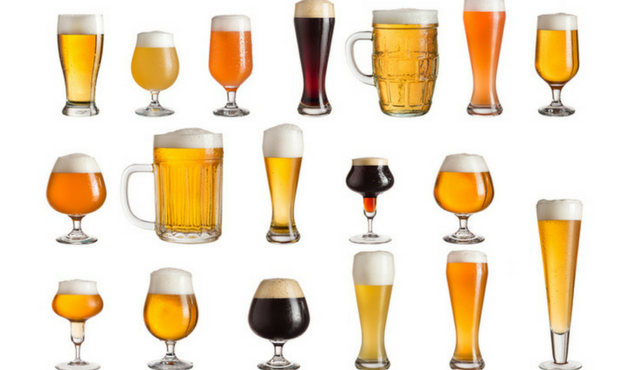 Do you enjoy the refreshing taste of a nice, cold post-race brew? If so, you are among company. Runners of all kinds gravitate to the frothy stuff, after a big race or to celebrate the day's long run. Some races even serve beer at the finish line, which is the perfect motivation to run a little faster, if you ask me.

Aside from being the nectar of the gods (the ancient Egyptian ones, that is), some studies point to beer as a good post-run drink choice. Beer also contains salts, sugars and carbohydrates that can replace nutrients and calories lost during your run. This is all in addition to beer's amazing thirst-quenching abilities.

If you're like me, just about any beer will do after a big race. But for the connoisseur of inventive branding, the following beers might be right up your alley.

A Greek beer, aptly named after the traditional Greek race. Owned by Heineken, Marathon Lager is on the lighter side and thus will taste pretty refreshing after your next 26.2.

Did you beat your PR? Win first place in your age group? Win the whole darn race? This is the beer to take with you on your victory lap. Wear your medal proudly while you enjoy this light, easy-to-drink lager.

You know that feeling in your legs when you get to the last quarter mile? Yeah, that's why we really relate to the name of this pale ale. Raise a glass of this citrus and pine masterpiece and toast that the damned race is finally over.

The label calls it a Black IPA, and the reviews claim it's a dark-colored brew with some deep, dry flavors. I chose this one because the title sounds like a clever moniker for the barefoot runner's favorite footwear.

The small brewery is located near the start of the Boston Marathon and brews some incredible ales with runners in mind. The Home Stretch is a luxurious stout that's not too boozy (ABV 6.2%) but still packs a punch.

More: Are You Eating Enough Carbs?

Speaking of Boston, Sam Adams has brewed this small batch low-alcohol marathon ale for the past seven years. They make a limited quantity, so it's just about as rare as earning a bib for the Boston Marathon itself.

Here's to enjoying a frosty pint after your race. As always, drink responsibly and live to race again.

Is it okay to drink beer after a run?

Post-run beer is actually very popular among runners. Most races offer beer post-race. While drinking water is important after a big run, beer actually does provide quick carbs to help replace nutrients you lost during your workout.

Why do runners drink beer?

Beer is popular among runners. While most of the beer-drinking is celebratory, beer also helps athletes feel more relaxed and experience less muscle pain post-race.