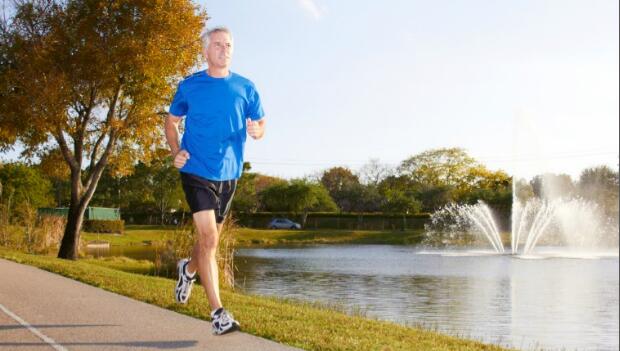 Runners over the age of 40 have been doing some incredible things lately. Leading the masters charge is Kevin Castille of Nicholasville, Kentucky. In April the 41-year-old set an age-group national record of 48:56 for 10 miles on the road. A couple of weeks later he broke his own age-group record for 10,000 meters on the track, running 28:53.54. That time is within four seconds of Castille's personal best for the event, which he set when he was 32.

Folks like Kevin Castille are living proof that it is possible to do some of the best running of one's lifetime after turning 40. But this isn't because the body doesn't change as much between young adulthood and midlife as we once thought. It's because smart runners are figuring out how to adapt their training and lifestyles to their changing bodies in order to extend their performance peaks into their 40s.

You can do it too. Here are four specific ways:

Space Out Your Key Workouts

One of the first things many runners notice as they approach their 40th birthdays is that while they can still do the hard workouts they have been doing, it takes longer to recover from them. Smart runners adapt by keeping those challenging key workouts in their regimens, but doing them less often.

The standard weekly training cycle for runners includes two higher-intensity workouts and a long run. For example, Brad Hudson, a Boulder-based elite coach and coauthor (with me) of Run Faster from The 5K to the Marathon, typically has his athletes do a set of intervals on Tuesday, a tempo run on Friday and a long run on Sunday. This routine works very well for most runners under 40, but at some point along the aging curve it gets to be a little too much.

More: 7 Ways to Become a Better Runner Without Running

Masters runners generally fare better when they stretch out their "weekly" training cycle from 7 to 10 days. Another option is to retain a seven-day cycle but eliminate one of the high-intensity workouts from it. Or, instead of eliminating the second high-intensity workout entirely, you can just make it less challenging. For example, you might replace an interval session that includes 12 repetitions of 400 meters at mile race pace with a 6-mile speed-play run that includes eight 30-second bursts at mile race pace.

You may need to experiment a bit to find the age-appropriate training schedule that works best for you.

More: How to Run Your Best in Your 40s