4 Keys to Making the 5K to 10K Transition 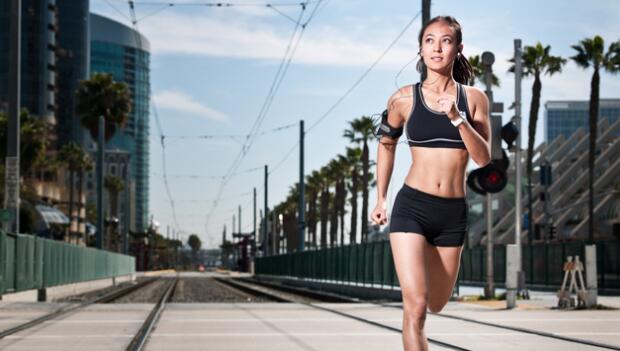 There's a reason why 5Ks are the race of choice for beginning runners. The distance is (relatively) easy to train for and runners with little or no running experience can often get into race shape in approximately 6 to 8 weeks.

But many 5K runners who make the jump to a 10K event, or even longer race, often assume their 5K training will carry them over to the new distance. But this can lead to disappointing and disastrous results on race day.

We recently sat down with RRCA and USATF-certified running coach and exercise physiologist Sean Coster to get his thoughts on making the jump in distance from 5K to 10K, and what he believes are the four keys to an effective and safe transition to the longer distance.

Distance running is an aerobic exercise that requires the body to use oxygen to create energy. The farther the distance, the more energy required.

According to Coster, runners of both 5K and 10K races are, "challenged to push the body to reach its highest work rate while still being aerobic."

The key lies in adjusting the amount of oxygen consumed, or vo2 max, to correspond to the distance of the race. For example, an elite runner might run a 5K at 97 to 98 percent of his VO2 max whereas he or she may only reach 92 to 94 percent of his or her VO2 max in a 10K.

By lowering his or her rate in the longer distance race, a runner is able to ensure that they can maintain their performance over an extended period of time.

"Managing VO2 max is vital to a consistent and successful run," Coster says.

Key No. 2: Train for Endurance, Not Speed

When the body performs any type of anaerobic exercise, such as running for speed, it relies on temporary energy sources within the muscles, and not oxygen, to meet its needs.

Intramuscular cellular reactions provide temporary bursts of energy but will allow lactic acid to build up in the muscle, leading to burning and fatigue.

"In the 10K race, endurance is king," Coster says. "Find your lactate threshold, or the maximum speed you can run for 45 to 60 minutes without a build-up of lactic acid."

According to Coster, to delay the onset of a runner's lactate threshold, at least one long tempo run should be incorporated into the training program each week.

More: Tempo Workouts to Tune Up Your Training