13 Tips to Speed Up Your Metabolism 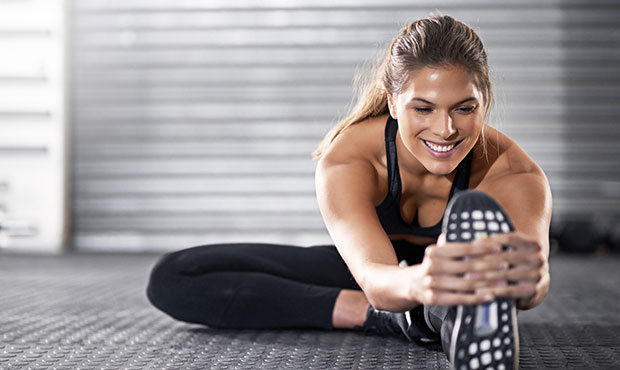 If you don't, your body goes into starvation mode (it's paranoid like that), so your metabolism slows to a crawl to conserve energy, Berardi says. And the heartier your first meal is, the better.

Sisterhood of the traveling spill-proof mugs, rejoice! A study published in the journal Physiology & Behavior found that the average metabolic rate of people who drank caffeinated coffee increased 16 percent over that of those who drank decaf.

Looking for a fix? Check out our picks for top coffee subscriptions.

Chase your morning joe with an ice-cold glass of H2O. Researchers at the University of Utah found that volunteers who drank 8 to 12 eight-ounce glasses of water per day had higher metabolic rates than those who quaffed only four glasses.

Cramming protein into every meal helps build and maintain lean muscle mass. Muscle burns more calories than fat does, even at rest, says Donald Layman, Ph.D., professor of nutrition at the University of Illinois. Aim for about 30 grams of protein—the equivalent of about one cup of low-fat cottage cheese or a four-ounce boneless chicken breast—at each meal. No time to prepare? Opt for protein powder instead.

5. Brew Up Some Green Tea

"It's the closest thing to a metabolism potion," says Tammy Lakatos Shames, R.D., author of Fire Up Your Metabolism: 9 Proven Principles for Burning Fat and Losing Weight Forever. The brew contains a plant compound called ECGC, which promotes fat burning.

In one study, people who consumed the equivalent of three to five cups a day for 12 weeks decreased their body weight by 4.6 percent. According to other studies, consuming two to four cups of green tea per day may torch an extra 50 calories. That translates into about five pounds per year. Not bad for a few bags of leaves, eh? For maximum effect, let your tea steep for three minutes and drink it while it's still hot.

Hey, it happens. There are days when no salad on earth can possibly overcome the seductive power of French fries. But you can make up for it with a calcium-rich afternoon snack, like eight ounces of milk or six ounces of low-fat yogurt.

Calcium helps your body metabolize fat more efficiently by increasing the rate at which it gets rid of fat as waste (yes, that kind), reports a study from the University of Copenhagen. Sorry, supplements don't have the same effect.

Choose organic produce: You wouldn't fill your car engine with pesticides, right? Hell, no. Researchers in Canada found that dieters with the most organochlorides (chemicals found in pesticides) stored in their fat cells were the most susceptible to disruptions in mitochondrial activity and thyroid function. Translation: Their metabolism stalled.

Can't afford a full organic swap? Go to foodnews.org/fulllist for the most (and the least) contaminated foods, then adjust your shopping list accordingly.

Seek heat: It turns out capsaicin, the compound that gives chili peppers their mouth-searing quality, can also fire up your metabolism. Eating about one tablespoon of chopped red or green chilies boosts your body's production of heat and the activity of your sympathetic nervous system (responsible for our fight-or-flight response), according to a study published in the Journal of Nutritional Science and Vitaminology. The result: a temporary metabolism spike of about 23 percent.

Stock up on chilies to add to salsas, and keep a jar of red pepper flakes on hand for topping pizzas, pastas, and stir-fries.

Grab some metal: Women lose iron during their period every month. That can throw a wrench into your metabolic machine, because iron helps carry oxygen to your muscles. If your levels run low, muscles don't get enough O2, your energy tanks, and your metabolism sputters, Shames says.

Stock up on iron—fortified cereals, beans, and dark leafy greens like spinach, bok choy, and broccoli.

You're always looking for a way to shorten your workout, right? Well, step up your intensity and you'll burn the same number of calories or more in less time.

In one Australian study, female volunteers either rode a stationary bike for 40 minutes at a steady pace or for 20 minutes of intervals, alternating eight seconds of sprints and 12 seconds of easy pedaling. After 15 weeks, those who incorporated the sprints into their cardio workouts had lost three times as much body fat—including thigh and core flab— compared with those who exercised at a steady pace.

Bursts of speed may stimulate a fat-burning response within the muscles, says lead researcher Ethlyn Gail Trapp, Ph.D. Whether you ride, run, or row, try ramping things up to rev your burn: Start by doing three eight-second all-out, can't-talk sprints with 12 seconds at an easy pace between each effort. Work your way up until you can do 10 sprints over 20 minutes.

9. Slow It Down in the Gym with Tempo Reps

This isn't easy, but when you strength train, count to three as you lower the weight back to the start position. Slowing things down increases the breakdown of muscle tissue—yeah, it sounds bad, but all that damage you're incurring is actually a good thing. The repair process pumps up your metabolism for as long as 72 hours after your session, according to researchers at Wayne State University.

But pass on those featherweight dumbbells—you need to use weights that are heavy enough that you struggle to complete the final few reps.

Combining regular exercise with fish-oil supplements increases the activity of your fat-burning enzymes, reports a study published in the American Journal of Clinical Nutrition.

Fatty fish like salmon, tuna and sardines are loaded with hunger-quashing omega-3 fatty acids. These healthy fats help trigger the rapid transfer of "I'm full" signals to your brain, according to the National Institutes of Health. Bonus: A 3.5-ounce serving of salmon nets you 90 percent of your recommended daily value of vitamin D, which will help preserve your precious calorie-craving, metabolism-stoking muscle tissue.

Another reason not to over indulge—knocking back the equivalent of just two mixed drinks (or two glasses of wine or two bottles of beer) puts the brakes on fat burning by a whopping 73 percent. That's because your liver converts the alcohol into acetate and starts using that as fuel instead of your fat stores, report researchers from the University of California, Berkeley.

When you sleep less than you should, you throw off the amounts of leptin and ghrelin — hormones that help regulate energy use and appetite — that your body produces. Researchers at Stanford University found that people who snoozed fewer than 7.5 hours per night experienced an increase in their body mass index. So make sure you get at least eight hours of rest.

Beat the downshift in metabolism that comes with aging: With each passing decade, a woman's metabolism slows by about 5 percent. Hormones play a role, but mostly it's because as you get older, you typically become less active. As a result, you lose muscle mass, a major consumer of all those calories you scarf down.

So by the time you hit 35, you'll burn 75 fewer calories a day than you did at 25; by age 65 you'll burn 500 fewer, says Madelyn Fernstrom, Ph.D., director of the Weight Management Center at the University of Pittsburgh. You can outsmart Mother Nature with the tips provided. Here's what happens if you don't:

20s: Your muscle and bone mass are at their peak.

What foods increase your metabolism?

High-protein foods and mineral-rich foods are great for boosting metabolism. Tea, coffee, ginger, cacao, beans, and chili peppers are also great choices. Keeping track of food intake each day might help determine which foods to add and cut from your current diet.

What are the signs of a slow metabolism?

You may feel exhausted or constantly fatigued, even after lots of sleep. You may also experience weight gain, constipation, depression, hair thinning, and dry skin.

Why is my metabolism so slow?

Some people actually slow their metabolism by trying to restrict calories too much. When your body can’t access calories for energy, it starts to break down muscle for energy. Losing muscle mass in turn slows the metabolism. Consuming fruits, vegetables, and lean protein can help improve your metabolism, as well as incorporating strength training.

At what age does metabolism slow down?

Metabolism starts to slow down once you hit your 20s, but often isn’t noticeable until between the ages of 40 and 60.

Stay in shape in a fitness class or read more fitness articles.