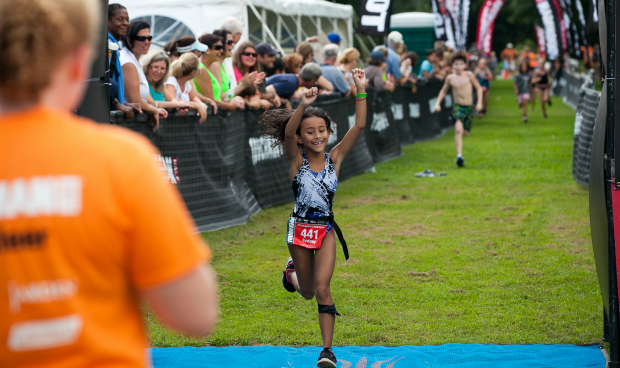 ACTIVE: There has been some pushback in the sport from athletes who like to see these smaller races stay small. Has TOUGHMAN experienced this?

RI: There's no pushback because we don't take anything away from the local race; it stays exactly the same. It's basically a benefit of the local athlete, because they're going to get more out of it. There's no negative to having brand-name sponsors, or receiving branded material. There's no negative when we work with the directors and weigh in on decisions on how to make the racecourse safer.

For us, it's a bit of a risk because we don't micromanage. But that's why you have to get good race directors. When we don't have a good race director, we part ways from them as fast as we can. All we do is bring things to the next level.

We just help out with logistics and making sure it's safe. I can put a marketing budget better and put together sponsors that they can't. You're never going to see 2,000 people at our races because we don't want that. Athletes don't want that.

ACTIVE: What is an average turnout for your events? Do you see athletes coming back?

RI: About 500. IRONMAN attracts the athletes who want the M-Dot on the calf, while our athletes keep coming back for a local race experience. Many of our athletes don't travel to races unless they come to the championship in New York.

ACTIVE: Where are you going from here?

RI: I'd like to say we had a grand plan, but it just sort of rolled out organically. I think the most important thing is to bring races in and help them to stay in good standing under the TOUGHMAN banner. We're just as good as any race out there, and I have a great staff that's been with me for almost 10 years. We spare no expense, and this is not a monetary thing.

ACTIVE: If it's not for the money, is this your full-time job?

RI: I make my living as a full-time doctor, so I don't need to make a penny off TOUGHMAN. We put everything back into the series and everything back into the races. Because of that, we have a competitive advantage over anyone out there. We have a core group of people who take care of stuff for me. I know what I want, and I have a vision-- I eat, breathe and sleep this stuff, and I don't sleep a lot.

ACTIVE: Are you currently racing yourself?

RI: I haven't raced since I did Kona three years ago. That was my last official race, but I'd like to get back. I've done 14 IRONMANs, 25 marathons and over 250 triathlons throughout the last 28 years. I'm recreational right now--I still ride and run-- but I'm not where I was three years ago because it's selfish to run TOUGHMAN and expect to compete myself.

ACTIVE: We've talked about consolidation, but from an insider's perspective, where is triathlon at as a sport?

RI: I don't see many of these smaller races lasting. People are going to be shocked when races that have been around for many years aren't going on anymore. There were 270 half-distance races four years ago, three years ago there were 195, last year there were 124, and this year there are less than 100. I think that number will be 25 or 30 less by next year. Triathlon is definitely consolidating right now, and you have to have a game plan.