How to Legally Draft on the Bike Course 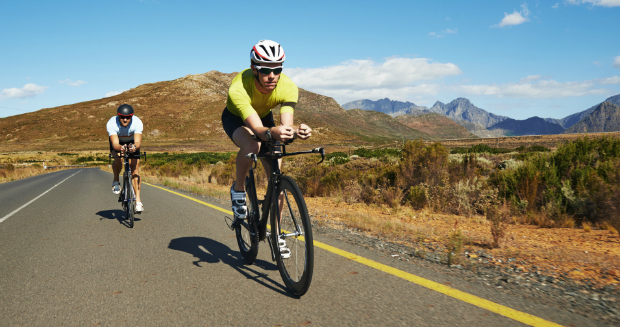 Few things are more inflammatory in a post-race discussion than recounting the wheel-sucking jerk who drafted the entire bike leg of a triathlon.

USA Triathlon and WTC rules require a certain gap between bikes because riding within the slipstream of the next cyclist unfairly reduces the output required to maintain a given speed. But some athletes just throw all caution to the wind and partake anyway—gaining an unfair advantage over his or her competitors.

Athletes caught lingering in this zone are subject to penalty—even disqualification—in an attempt to keep a level playing field for all participants. As clearly stated in the USA Triathlon rule manual: "A participant is not permitted to position his bicycle in the proximity of another moving vehicle so as to benefit from reduced air resistance."

However, there is an opportunity to cut time on the bike split and lower energy output by taking advantage of the time allowed in the draft zone when passing a fellow competitor.

The following are excerpts from USA Triathlon's rules regarding cycling position fouls:

"While on the cycling course, no participant shall permit his drafting zone to intersect with or remain intersected with the drafting zone of a leading cyclist."

"The term 'drafting zone' shall refer to a rectangular area ten (10) meters long..."

"Exceptions- A participant may enter the drafting zone without penalty only under the following conditions: (1) When entering the drafting zone from the rear, closing the gap, and overtaking all within no more than 15 seconds."

WTC's age-grouper rules for IRONMAN-branded races have recently changed to follow USAT protocol. The draft zone is defined as 10 meters and allows 20 seconds to complete a pass.

Basically, the more cyclists a triathlete overtakes, the more opportunity they have to spend within this legally provided draft zone.

When taking advantage of this opportunity, be aware of the time spent in the drafting zone and be vocal with the cyclists you overtake. Respect the space both to the rear and side when approaching and passing.

Once the front wheels are even, the pass is considered complete, and the responsibility then falls on the overtaken cyclist to re-establish the proper spacing.

In races where seconds are significant and every ounce of energy is crucial, drafting can be an effective (and legal) race day strategy.

READ THIS NEXT: 4 Tips for Riding a Hilly Bike Leg