How Many Calories Are Burned in a Triathlon? 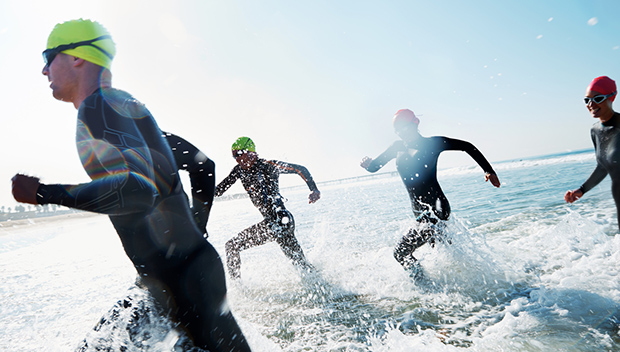 In your post-race celebration high, have you ever wondered how many calories you incinerated during your triathlon? You're not the first to ask.

Several factors affect how many calories you use during your race. Let's cover three big contributors. The first two come from you. Your current body weight and pace during the race determine the calories burned per hour of the event.

The third item that is a major factor contributing to the total number of calories used in a triathlon is the distance of the event.

More: The Myth of the Fat-Burning Zone

For those of you that are extremely analytical, you know that calorie burn rates in any reference chart have a margin of error. For example, individuals do have different metabolisms. Someone you know might weigh exactly the same as you do, yet they might burn more or fewer calories traveling the same distance at the same speed as you do.

Most all calorie reference charts have a calories burned per segment of time, per pound (or kilogram) of body weight. Unless otherwise indicated, these calorie values include your basal metabolic rate. For example, a 130-pound person's basal metabolic rate can be estimated as:

A daily caloric need is roughly weight in kilograms multiplied by 30. So 59 multiplied by 30 equals 1,770 calories per day, roughly, required to sustain a 130-pound person.

Though not exact, because sleeping takes less energy than walking around all day, our 130-pound person requires roughly 1,770 calories over 24 hours per day or about 74 calories per hour. This number is included in the calories burned during sport activity and is not added on top of sport activity calories.