Everything You Need to Know About Bonking 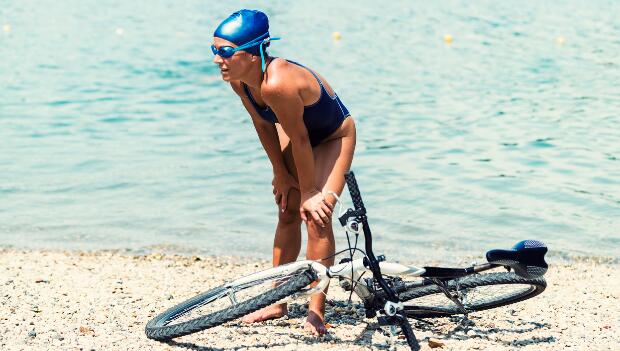 You may have heard people say, "I totally bonked on that long ride" or "I got the bonk on my run." What does that mean, exactly? What is a bonk?

Often, people associate the word "bonk" with "hitting the wall" during endurance events. For endurance athletes it is a sudden and overwhelming feeling of running out of energy. You were running or riding along at what seemed like a manageable pace, then seemingly without warning your legs turned to cement. With heavy legs, a body-wide feeling of fatigue and sometimes dizziness, you are forced to stop.

One of the first instances of the athletic term "bonk", came from a film produced by British Transport Films in the mid-1950s in which cyclists noted that if they didn't rest and eat, they would bonk. In other words, they would hit a limit (the proverbial wall) governed by the body and uncontrolled by the mind and sheer willpower. It is said that the feeling was similar to getting hit on the head (bonked on the head) and knocked out of competition.

Perhaps a complete bonk can be described as total glycogen depletion from the muscles and liver. Glycogen is the primary fuel source for endurance athletes. This severe glycogen depletion does not occur during short duration, high intensity efforts, rather it occurs during continuous exercise at some 70- to 85-percent of VO2 max that is sustained for periods of more than about two hours.

When you are forced to stop exercising after completing very high intensity bouts of less than an hour, it is typically not glycogen depletion that is limiting your exercise.

Without going into detail here, shorter, high-intensity efforts use a different combination of energy systems in the body. These energy system waste products ultimately interfere with muscle contractions and force you to stop or slow down. Even though you're forced to stop after a high intensity effort, your body still has plenty of glycogen stores to continue at a slower pace.

Can Bonking Be Prevented?

Yes, you can prevent a bonk with several strategies: