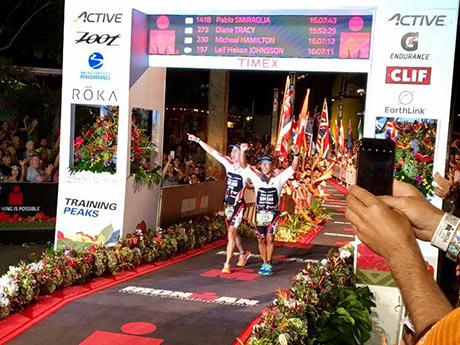 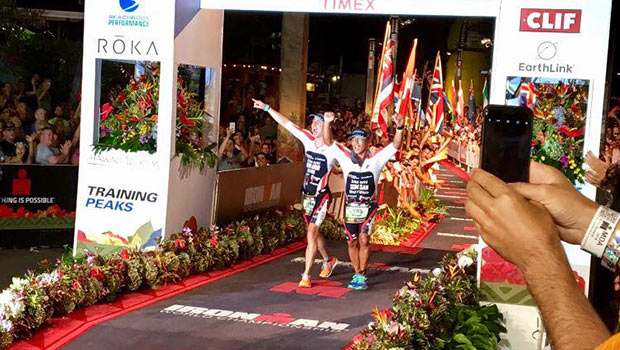 For any of us, it’s a long way from Austin, Texas, to Kailua-Kona, on the leeward side of Hawaii’s Big Island. But for Michael Somsan, it was a journey so remarkable that it almost seems impossible.

And yet, on Oct. 8, here he was in the IRONMAN World Championships—140.6 miles of swimming, cycling and running—an event so grueling that it’s been known to break its fittest challengers.

The suffering that comes from this race is nothing for Somsan. He’s been to hell, and it wasn’t like this. He’s a man once left for dead, once fettered to his hospital bed, once certain he had no reason to live.

But the suffering that comes from this race is nothing for Somsan. He’s been to hell, and it wasn’t like this. He’s a man once left for dead, once fettered to his hospital bed, once certain he had no reason to live.

He’s back from his hell, of course, and that’s the story here. Not the parking lot where he was shot in the head and left permanently blind, nor the hospital room where he pled for death in the darkness as his mother sobbed.

Michael Somsan’s story is the finish line at Kona. But Somsan is something more than an Ironman—he’s an iron will, an athlete who can’t see a speck of the course he’s racing but whose vision is resolute. 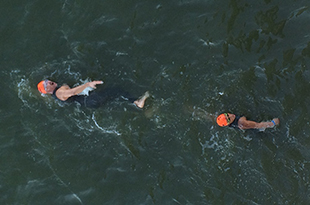 In the 21 years since he was blinded by a gunshot to the head, he’s become a father, an attorney and now a three-time Ironman, finishing the World Championships in Kona this week in 15 hours, 55 minutes and 6 seconds, just an hour ahead of the course cut-off time. Somsan’s time won the physically challenged division at the World Championships.

For him, this was a journey home. He’s a son of The Islands who idolized Hall of Famer Scott Tinley, the eight-time podium finisher at Kona (including wins in 1982 and ’85), whom the young Somsan met while spectating the Honolulu Marathon.

“After that,” Somsan says, “I looked up to him and said one day I’ll be back.”

Years would pass before he’d follow Tinley across the finish line in Kona. For Somsan, now 46, it was a winding road much longer than 140.6 miles.

April 16, 1995, was Easter Sunday, a day of hope and renewal. And the last day Michael Somsan would ever see.

On furlough from his Army medical unit at Fort Sam Houston, he put his new puppy in his car and drove 90 minutes north to Austin to visit friends. The young officers spent a night on the town, returning in the early hours of Sunday morning to angry neighbors. Somsan’s puppy, alone in a strange apartment, had been barking for hours.

After shouting at them, the neighbors jumped one of his friends in the parking lot.

“I saw he was getting beat up by these guys,” Somsan says. “I ran into the fray. And it escalated.”

Somsan says he fought off one attacker and turned toward another who was brandishing a sword. Meanwhile, the other man emerged again with a weapon of his own. Somsan heard someone yell “Hey! Don’t shoot!” and looked up.

The last thing he would see was a double-barreled shotgun pointing right at him from a few feet away.

The assailants scattered, leaving the young first lieutenant laying in the apartment parking lot, still conscience but fading. He made it to the hospital before he slipped into a month-long coma.