Base Building: Cycling for the Beginner Triathlete 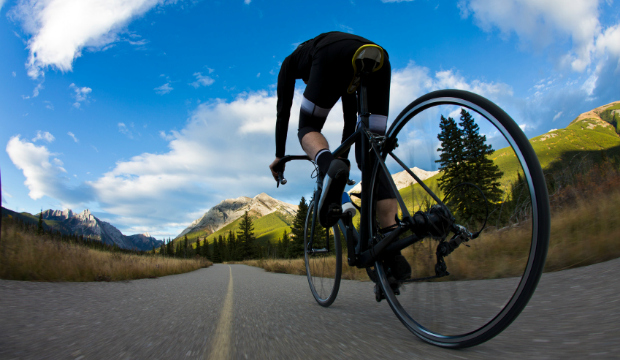 When first getting into triathlon, most beginners tend to focus the majority of their training around the swim and the run, due to their more simplistic nature. While that could be beneficial for some athletes, faking your way through the bike leg isn't going to do you any favors.

In fact, by focusing a portion of your training on the bike--particularly during the base-building phase--you can actually improve your endurance for the other two legs of the race without risking injury.

Use this basic beginner's guide to ramp up your cycling training and improve your endurance ahead of your next big race.

What Is Base Building?

While you're likely to encounter several definitions and training examples as to what exactly this entails, base building is a specific type of training that solely focuses on improving your aerobic endurance.

Endurance is important in each leg of a triathlon, so you'll need to spend a portion of each year focusing specifically on increasing your overall endurance. Since cycling is a low-impact sport, you'll run a lower risk of injury if you do a large portion of your base-building miles on the bike.

While this doesn't mean you won't need to run or swim, if done correctly, it can be a good way to put in the miles and time required to improve your cardiovascular system.

When It Should Be Done

Ideally, base building should begin early in the season after taking a month or two to rest and began a cross-training and strengthening routine during the winter months.

On the bike, you'll want to spend a majority of your efforts in the low-intensity spectrum of your training zones. This will improve your body's ability to utilize oxygen and fat as it is transferred into energy. The duration of each session should be long and slow, building in mileage from week to week.

Start base building at least four months before the beginning of your race season.

How To Do It

Building endurance takes several years, and it isn't something that will occur instantaneously over one season. With that in mind, there are a few common principles you can adopt to begin improving your overall endurance.

Here are some things to consider when creating a base-building plan:

Brick workouts and more advanced training schedules can be incorporated depending on experience level.