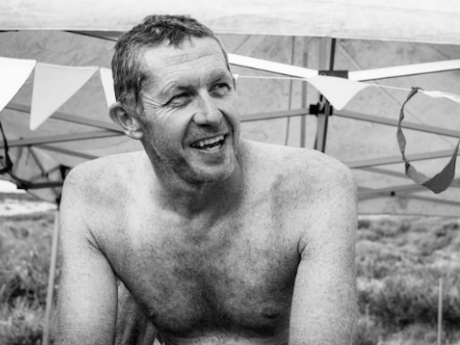 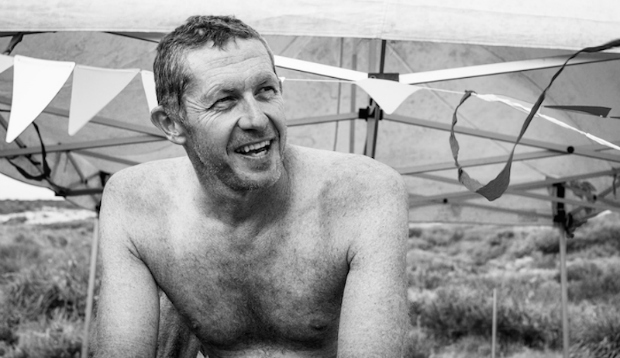 This was the final stanza of IRONMAN number four in as many days. Craig Percival was running a tight circuit of less than a single kilometer. Earlier that day, he had swum the 3.8km of the IRONMAN distance swim, cycled its 180km, and had made his way to the sheltered parklands of Long Beach, Sandy Bay, 4km south of Hobart's CBD, to complete the remainder of the 42.2km marathon run.

Finishing would see him to the half-way point of his greatest challenge. Craig was attempting eight full IRONMAN triathlons in eight days, spanning all eight states and territories of Australia to raise money for the John Maclean Foundation (JMF). In embarking on this massive task, Craig was directly changing the lives of kids who had either lost or had never even possessed the normal use of their bodies, necessitating wheelchair assistance.

From the very announcement of 8in8in8, dollars began to arrive into the account that would directly serve the John Maclean Foundation. As soon as the first cent was deposited, the promise to complete the eight IRONMANs was set in stone. He had to do it!

Percival is a man of deep commitment. A decision in mind means action through body. As it is written, so shall it be done! It was written shortly after returning from a stunning second place finish at the Hawaii Ultraman World Championships in 2014, while discussing goals with wife, Lindell at their local South Melbourne coffee shop. Beneath another possible idea hinting at an attempt on the 3500km Perth to Melbourne solo-cycling record, the napkin-of-truth read, "7 × IRONMAN 7 × Days," followed by a list of Australian capital cities. The final one was added later to round-out the eight. It was with a wry smile that Craig's father, Eric, later mused, "That bloody napkin ... If I had got my hands on that bloody napkin ..."

It was now around 10:45pm on Wednesday, March 9th, and I decided it was time to join the others in running with Craig. He had reached 27km and the going had been tough. My own motivations were two-fold -- to experience the story as a writer, and to support the athlete I raced through the mid-90's, when I would vainly attempt to run-down the lanky swim/ride specialist at local triathlons in Tasmanian. But in reality, I too was caught in the mesmerizing spell of what had been unfolding as the end of the fourth approached.

From its outset, the tone of day 4 had been so much more than just supporting a great man doing a wonderful thing. Present were his family, including kids Sam and Sienna, with who he had just been reunited after three days on the road covering one half of the continent. Uncles, aunts and cousins who he hadn't seen for a number of years, grandparents and parents, among others, were all there, beaming with pride. Also there were his support staff, and other long-time triathlete friends wanting so much to be part of it, and prepared to go a long way to support him in the process.