21 Fun Facts You Didn't Know About the IRONMAN World Championship 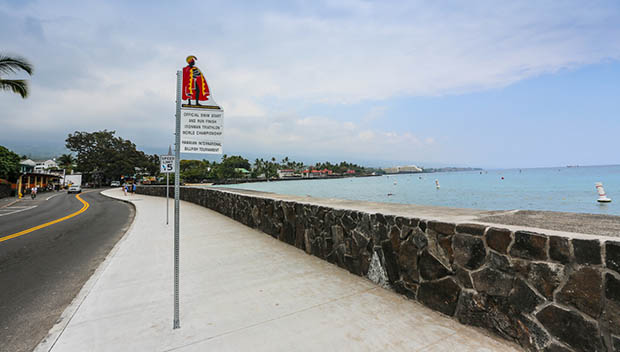 Just like the Tour de France for the sport of cycling, the IRONMAN World Championship is triathlon’s most prestigious event. Every year thousands of athletes head to the Big Island to swim 2.4 miles, ride their bike 112 miles and run a marathon. Simply qualifying for and finishing the race is an honor.

It’s attracted the world’s best professional and amateur triathletes for decades (2018 was the 40th anniversary) and has captivated audiences across the world due to NBC’s yearly highlight special that airs months later. Even if you don’t know triathlon, you’ve likely heard about “the IRONMAN” due to the infamous images and brutal course conditions.

With the IRONMAN World Championship right around the corner, we’ve gathered 21 fun facts you didn’t know about this legendary race.

Approximately 2,500 athletes toe the line in Kailua-Kona, Hawaii, every year.

The 2019 IRONMAN World Championship will feature an age-group wave start for the first time in the race’s history. This is part of an initiative to reduce the density on the bike course.

As part of the pre-race celebrations, many athletes and their families complete a 1.2-mile underpants run to raise money for local charities. Almost $300,000 has been raised to date.

Gordon Haller became the first-ever IRONMAN champion when he finished the 140.6-mile course in just shy of 12 hours in 1978.

The swim leg at the IRONMAN World Championship takes place in Kailua Bay where the water temperature is usually just under 80 degrees (most athletes therefore opt for swimskins over wetsuits).

You must now be 18 years or older (and qualify) to race at the IRONMAN World Championship (14-year-old Rodkey Faust finished in 1982).

So Close, yet So Far

Julie Moss’ crawl across the finish line isn’t just one of the most famous moments in IRONMAN history, it also resulted in the closest margin of victory in the history of the race. Kathleen McCarthy ended up passing Moss just meters from the finish line to win by 29 seconds.

The IRONMAN World Championship has seen its fair share of celebrity finishers—Sean Astin, Sunny Garcia and Apolo Ohno to name a few.  You can find a list of more celeb finishers, here.

The average age-group athlete competing at the IRONMAN World Championship is just over 40 years old.

Unlike most IRONMAN triathlons around the world, disc wheels are not allowed on the IRONMAN World Championship bike course. The crosswinds over the lava fields can reach over 50 mph, and disc wheels can pose a serious danger.

Besides waiting until NBC releases its recap show, fans can stream live coverage (with professional commentary) on IRONMAN.com and Facebook Watch. Fans can also download the IRONMAN app to follow athletes and see split updates.

The original IRONMAN was held on Oahu in 1978 before it was moved to Kona three years later.

As with all IRONMAN-branded triathlons, athletes have 17 hours to reach the finish line after the gun goes off. Those who are not on pace to finish within the cutoff are picked up by support vehicles and taken to the finish line.

There has been a shift for a more balanced representation, but about 70 percent of the competitors on the Big Island are male.

The average competitor at the IRONMAN World Championship will lose about four percent of their body weight throughout the race.

Mike Reilly, affectionally titled the official “voice” of IRONMAN, first started announcing at the 1989 IRONMAN World Championship and has said “You are an IRONMAN” to every finisher on the Big Island since.

The last American to win the title at the IRONMAN World Championship was Tim DeBoom in 2002.

Daniela Ryf’s recent performances are impressive, but she’s not the most successful athlete to have competed on the Big Island—yet. That title belongs to Paula Newby-Fraser, who has stood atop the podium eight (yes, you read that correctly) times.

READ THIS NEXT: The Craziest Moments in IRONMAN World Championship History