10 of the Best Triathlon Books 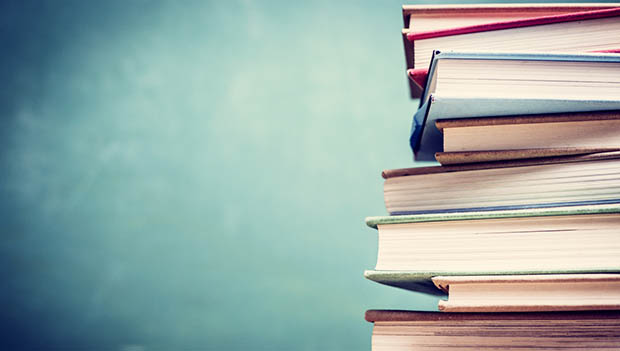 Nutrition has long been considered the fourth sport of triathlon, but we're here to argue that a fifth sport (pentathlon, anyone?) be added: Reading. Triathlon is one of the most complex sports on the planet due to three technical sports mashed into one format, and it takes a serious amount of planning and education to be successful. Take the top athletes for instance—they and their coaches are constantly reading peer-reviewed studies on endurance and performance, as well as working with top sports nutrition labs and wind tunnel data.

As an amateur, we're not saying you need to get this in-depth with research, data and analytics, but there are plenty of triathlon-related books to keep you engaged with the sport or inspired at the very least.

We gathered 10 of our favorite triathlon-themed books all triathletes should read at some point in their careers.

Bob Babbitt is something of a legend in the sport of triathlon. He's one of the early IRONMAN finishers, he founded several endurance-related media platforms and is a USA Triathlon Hall of Fame inductee. In his book, Babbitt breaks down the history of IRONMAN, talks about historic performances and gives tips on how to succeed. Loaded with full-color pictures, it's the perfect coffee table book for any triathlete.

To the Finish Line: A World Champion Triathlete's Guide to Your Perfect Race
Chrissie Wellington

To say Chrissie Wellington knows a thing or two about triathlon would be the understatement of the century. She's a four-time IRONMAN World Champion, an IRONMAN Hall of Fame inductee and is considered one of the most successful athletes in triathlon history. In "To the Finish Line," Wellington gives training tips and advice through her own personal experiences and anecdotes, and encourages readers to set and work towards their own personal goals.

Many of us consider one IRONMAN triathlon every few years more than enough, but for endurance enthusiast James Lawrence, one IRONMAN was just the start of his long journey. This book chronicles his epic 50-50-50 challenge—50 full-distance triathlons in 50 consecutive days in all 50 states.

You'll get an inside look of his ups and downs (and we mean downs) throughout his seemingly impossible journey. Alex Hutchinson said it best in the liner notes, "James Lawrence has a powerful message: You can do more."

If you're looking for the ultimate one-stop-shop when it comes to a comprehensive triathlon performance guide, look no further than Joe Friel's "Triathlete's Training Bible." It covers all the bases, from straightforward training tips to how to approach nutrition or missed workouts. His triathlon training program has been proven for decades, and Friel is widely considered one of the most trusted coaches in the industry.

The title says it all. This book chronicles arguably the greatest IRONMAN of all time: the 1989 IRONMAN World Championship. Rivals Dave Scott and Mark Allen raced shoulder to shoulder for 139 miles at a record-breaking pace before the fateful race was decided in the final few miles. It's an impressive story of grit and the never-say-die attitude that propelled these athletes into the stuff of legends.

Matt Dixon is one of the most prolific coaches in triathlon today. His list of athletes includes top-level professionals, and he coaches successful age-group athletes as well. "The Well-Built Triathlete" breaks training down into four main pillars and focuses on the athlete as a whole instead of getting hung up on minute details. A healthy triathlete is a happy triathlete, and a healthy triathlete is faster and has a longer career.

Surfacing: From the Depths of Self-Doubt to Winning Big and Living Fearlessly
Siri Lindley

There's more to triathlon than simply putting in a hard effort. The mental aspect of racing can be just as beneficial or debilitating as good health or an injury. IRONMAN World Champion Siri Lindley shares her own struggles with insecurity and sexuality and how sports helped channel positivity and healthy habits. Now a successful triathlon coach, Lindley weaves in her personal stories and how to get the most out of your own potential.

Gone are the days when triathletes would only swim, bike or run to get ready for a race. Now, studies have proven that triathletes can reduce injury and promote longevity by incorporating a regular strength routine into their training plans. Patrick Hagerman outlines a complete strength training program that will help not only an athlete's strength but speed and endurance as well. With 75 triathlon-specific exercises to choose from, there's plenty in here to help you stay healthier and stronger for the long haul.

While sports-related nutrition products like gels and chews certainly have their advantages, there's something to be said for eating real food while training and racing. It's less processed, can put less stress on your digestive system and simply tastes better (which encourages you to eat more). Scratch Labs founder Dr. Allen Lim teamed up with professional chef Biju Thomas to create 75 portable food recipes for endurance athletes that are easy to make and just plain delicious. We suggest the Two-Bite Pies and the Baked Cakes. #yum

The Grace to Race: The Wisdom and Inspiration of the 80-Year-Old World Champion Triathlete Known as the Iron Nun
Sister Madonna Buder

We're not trying to get religious here or influence anyone's beliefs, but Sister Madonna Buder's story is nothing short of inspiring. After completing her first triathlon at 52 years old, Buder went on to complete more than 325 triathlons and 45 IRONMAN triathlons. She holds the record as the oldest woman to complete the IRONMAN World Championship and has since been inducted into the USA Triathlon Hall of Fame. This book gives a detailed, inside look into why she started triathlon in the first place, and why she's kept it up over all these years.

READ THIS NEXT: 10 Cycling Books Guaranteed to Expire