5 Steps to a Better Kick Serve 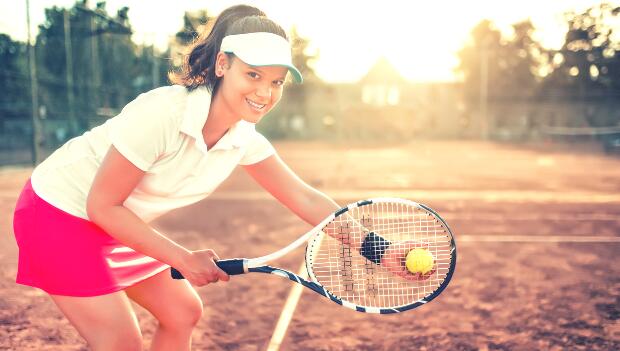 The perfect complement to a fast, flat serve is a second serve with high-arching topspin.

For many, the second serve is a measuring stick. If you have one that consistently goes in and, just as important, prevents your opponent from going on the offensive, then you're a player.

That's where the kick serve comes in— it's the ultimate second serve. It bounces up high and twists away from your opponents, confusing them and taking the ball out of their strike zone. This disrupts their timing and positioning and can cause them to be conservative or even defensive on the return. And being able to hit a good kick serve adds a degree of difficulty to your game that opens up other options. World No. 4 Novak Djokovic kicks one of the most dangerous serves in the pro game. Photo: AP/Laurent Rebours

If you hit your serve predominantly with only one spin and trajectory, your opponent will get comfortable with it. But mixing in a kick serve, even on your first offerings, can keep the other guy off-balance.

It's a great serve to follow to net because it gives you time to move in and the height of the ball makes it difficult to return at your feet. Most of all, if you have a reliable kick serve, you'll take more chances on your first serve, making it more dangerous.

No doubt, the kick is a tricky and difficult shot to learn. But with the proper technique and practice, anybody can own this valuable weapon. Here are the five essential elements of the kicker.

1. Toss the ball behind your head

For example, if you're right-handed, you want the toss to be to your left and behind your body so that when your racket contacts the ball it creates a left-to-right spin, which will jump away from your opponent. You'll have to experiment to see where the toss works best for you, but a general guideline is to make contact at 11 o'clock (1 o'clock for lefties, who will generate a right-to-left spin), with 12 o'clock being directly above your head.

To test your toss, have your coach stand behind you and hold a racket in line with your body before you begin your motion. For a kick serve, you want the ball to be to the left of the racket (right for lefties); for a flatter serve you'd want the toss to be to the right.

2. Bend your knees and bring your hips forward

When learning any shot, the right technique is important because not only does it yield the most success in execution, but it also helps prevent injury. Because the toss is behind the head, many times when players try to hit a kick serve they severely arch backwards. Then they twist forward to hit the ball, putting tremendous strain on the lower back. That will hurt your serve and eventually your body.

Instead, as the toss goes up, bend your knees and bring your pelvis forward. This will help keep you balanced with your weight evenly distributed and force you to reach for the ball instead of leaning with your back. On a first serve, with the ball in front, you really load up your front leg. Here the ball is behind you so you need your weight balanced between your legs, which helps you get more power and better control.
NEXT