3 Ways to Mentally Dominate Your Opponent 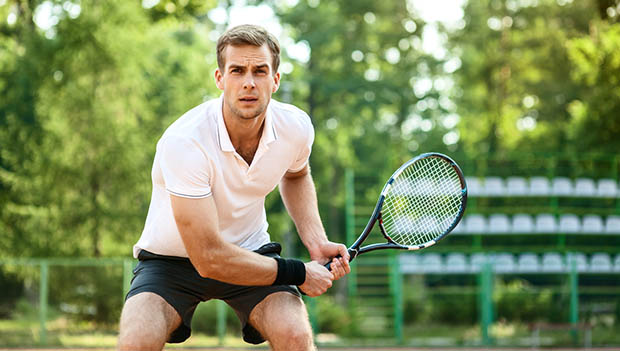 A closely fought tennis match is more than a physical battle. It is a struggle of wills, mental strength and character.

It is a pervasive personal and emotional contest in which you use every means you have, both physical and mental, to break down your opponent's mind (while keeping your own intact and functional).

Establishing dominance is one way to help break down an opponent. What is meant by "dominance"? It is the inferior feeling that lesser players get when they face better players, and it makes them play worse.

It is not limited to tennis. In chess, for example, Bobby Fischer, who was arguably the best of all time, had a debilitating effect on his opponents known as "Fischer fear."

It hurt their play and even manifested itself physically in debilitating headaches, weakness and increased blood pressure.

This "superstar effect" was identified by Jennifer Brown at Northwestern University in a study on Tiger Woods, who was far and away the dominant golfer on the tour at the time of the study. She looked at golf because, unlike tennis, it is a sport where one player cannot physically influence another's performance directly. The effects can only be mental.

In analyzing scores from all of the other golfers in PGA events from 1999 to 2006, she found that when Tiger Woods was in a tournament, the other golfers scored an average of 0.8 strokes higher than when he wasn't.

More: How to Stay Emotionally Detached in Tennis

This is highly significant since the average margin between first and second place in these tournaments was about one stroke. Interestingly, the magnitude of performance drop of the "superstar effect" varied with the other player's position on the leader board. It was greater the closer the other player was to the lead, in which case he may have felt he was closer to facing Tiger directly and choked or overplayed accordingly.

In tennis one player can affect another's performance both physically and mentally. In addition to their games, high ranking or successful players have a mental way of making their opponents feel weak and ineffectual.

In his prime, Roger Federer's simple presence across the net was intimidating. Federer did not just overpower opponents physically—he dominated them mentally. And as a consequence, they missed shots against him that they routinely made against other people. They were more likely than normal to become nervous against him or to become discouraged when they got behind.

This psychological weaponry was a handy addition to his arsenal of shots when it came to conserving energy while winning lots of tournaments. It just made his job easier, as it can yours in competitive matches.

How to Intimidate Your Opponents

Your body language affects your opponent's mind. How does one establish this dominance? You start by recognizing that all of your actions, not just your forehands and backhands, have a profound effect on your opponent's mental state. Since human beings are a social species, they instinctively react emotionally to the way other people treat them.

For example, your own self-image is formed partially by the subtle messages other people give you. Consider the following devilish thought experiment. What if all of your friends and associates got together to play a nasty trick on you? Suppose they all agreed that whenever they were with you they would ignore or quickly disagree with everything you said and cut you out of conversations by talking only among themselves?

After a day or two of this what do you think would happen to your self-confidence? It would undoubtedly take a substantial hit no matter how high it had been beforehand. This experiment would provide a graphic demonstration of the power other people have to control the way you feel about yourself.