What to Know About the Running Events at the Tokyo Olympics 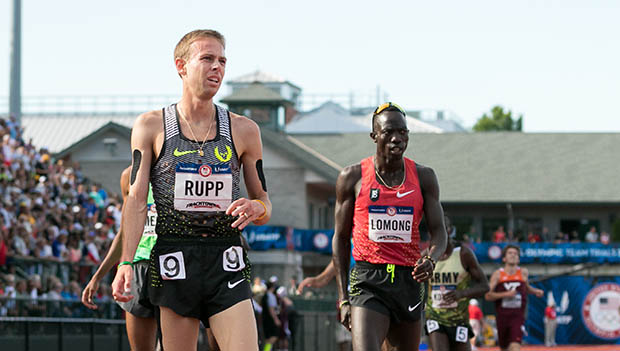 The stage is set—the 2020 (now 2021) Olympic Games will officially take place in Tokyo this summer.

With the world finally entering a post-pandemic landscape, fans are bursting at the seams with anticipation and excitement to watch the best athletes on the planet compete head to head on the biggest stage in sports.

Other than being pushed back a year, the Tokyo Olympics will look a bit different from past editions. There will be several new sports introduced for the first time, including sport climbing, surfing, skateboarding and karate, and previously included sports like baseball and softball are back.

These new sports are undoubtedly exciting, but the classics always seem to top our "must watch" list. Give us an oval track and a handful of the top runners in the world pushing the boundaries of what's possible, and we'll tune in every time. Plus, running is one of those sports that we can all relate to—we all have the ability to lace up a pair of shoes and go for a jog at our local track or around our neighborhood no matter our experience or ability level. Seeing what these elite athletes can do is simply amazing.

Navigating the Olympics can be a bit tricky, so we provided an overview of the running events at this year's Games, including where athletes will be racing, who's competing on Team USA and how to watch.

The track events at the 2020 Tokyo Olympics games will take place from July 31 through August 7 at the National Stadium in Tokyo. It's the same location as the stadium used in the 1964 Tokyo games but has since been completely refurbished. It now holds 68,000 people and will be used for the Opening Ceremony as well.

The marathon events for both the men and women will be held five hours away in Sapporo (can be watched on August 6 and August 7 at 6 p.m. EDT, respectively), where the Olympic governing body hopes the temperatures will be better for long-distance racing, as these Games are expected to be one of the hottest on record.

Due to the pandemic, the U.S. Olympic Track and Field Trials have been pushed from June 2020 to June 2021—specifically the 18th through the 27th. This means that the entire U.S. track and field roster besides the marathoners hasn't been finalized as of the time of publishing, but we'll know more in the coming weeks as results are posted from Eugene, Oregon. For up-to-the-minute coverage, be sure to follow NBC Olympics on Twitter.

Galen Rupp from Portland has already earned his ticket to Tokyo with a repeat win at the U.S. marathon trials marathon, posting a blistering time of 2:09:20. For the women, Aliphine Tuliamuk will be the U.S. favorite after clocking 2:27:23 with her win at the trials.

Although not confirmed yet, other must-watch athletes will likely include sprinter Noah Lyles who is the reigning 200-meter World Champion and favorite for both the 100-meter and 200-meter races and Delilah Muhammad who's looking to repeat her gold-medal performance from 2016 in the 400-meter hurdles and top expected challenger Sydney McLaughlin (Delilah is the current world record holder in the event, too).

One thing's for certain: This year's squad has a lot to live up to—the U.S. Track and Field team won 32 medals at the 2016 Rio Olympics.

Since most Americans will be cheering on the stars and stripes from the United States (the organizing committee is restricting overseas spectators), you can catch all the action exclusively through NBC. This includes all of the streamable Olympics content on the NBC Peacock app, as well as the national NBC channel.

We listed some live streamable events below, and while times may change, the national broadcast schedule can be found here. The NBC Sports YouTube channel is another great way to catch highlights at any time without waking up before dawn to watch live.

We've already highlighted the showdown in the women's 400-meter hurdles between (likely) Muhammad and McLaughlin (August 3 at 8 p.m. EDT) and the men's and women's marathons, but there's tons of other events to keep on your radar as well.

While the semifinal events can sometimes have some real drama and unexpected results, most of the must-see racing comes in the finals later in the week.

READ THIS NEXT: What to Know About Triathlon at the Tokyo Olympics