What Professional Runners Do in the Off-Season 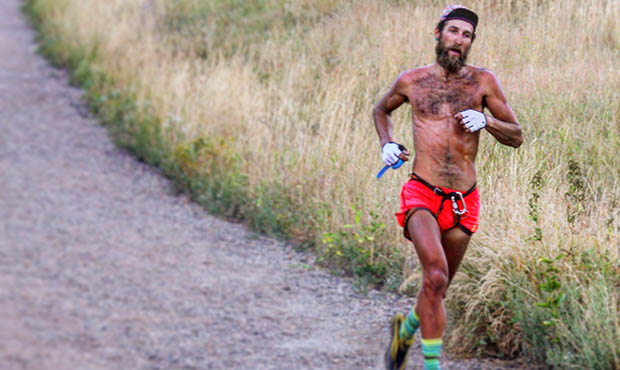 When is the "off-season" for you?

Generally, fall and winter; October to March or so.

What kind of schedule do you hold during the off-season in terms of how many days you run, how far and pace?

In order to stay injury-free, I have to save the real running for when I need it—during competition season. So I'll only run a couple of days per week during the off-season, and those days are typically more scrambling than actual running.

What other activities do you do during the off-season?

Skiing is my main activity from December to March. I never ride lifts, so my days are focused on reaching summits and racking up a lot of vertical gain with multiple laps. Additionally, I climb and do some biking, though neither as much as in the summer.

Are you more focused on rest during this time, or do you work even harder since you are not racing?

I typically end up having to take four to six weeks in October and November completely off—except for climbing—so that I can get some deep rest and recharge for the next year. If I don't do that, my energy levels inevitably keep plummeting and I just dig a deeper hole. Unfortunately for me, a break in the fall after a hyperactive summer has always been mandatory.

How does your diet change (if it does) during this time?

I don't pay too much attention to my diet. In general, I'm probably eating less since I'm not putting in any long days in the mountains and creating a big caloric deficit.

What is your favorite thing to do during the off-season?

I like having the extra time and later mornings to catch up on my never-ending reading list. In the summer, I'm almost always waking up before dawn in order to get a head start on a long day in the mountains. 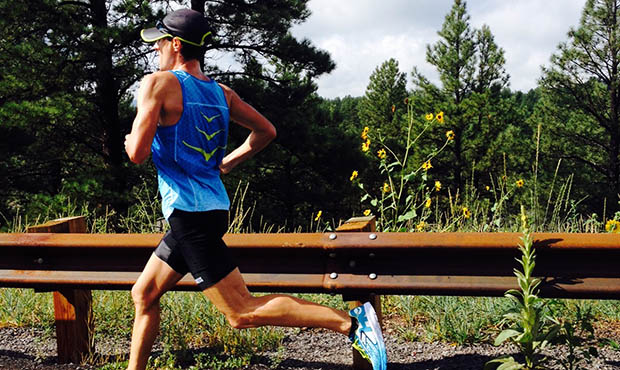 When is the "off-season" for you?

Like most professional runners who focus on road racing, I don't really have a set "off-season." There are races throughout the year, and while I may not be in peak-form for all of them, I'm more or less always training to some degree. The only real exception to that is in the weeks immediately following a competitive marathon. After demanding so much of your body to train for and compete in a race of that distance, it's necessary to take some time off to allow for proper recovery—mentally, physically and emotionally. The seasons for competitive marathons are typically the spring and fall (Olympic years excluded), so that would mean I'll maybe take a week or two off in each of those seasons.

What kind of schedule do you hold during the off-season in terms of how many days you run, how far and pace?

In my downtime immediately following a competitive marathon, my coach, Ben Rosario, insists that I not run at all. If he had it his way, I'd actually not do any exercise during that time. I'm kind of an exercise addict though, so I usually have to do something to stay active and maintain my sanity. My go-to activities if I'm not running are riding my ElliptiGO, swimming and hiking. Once I resume training, I'll start with one run per day ranging anywhere from 30 to 60 minutes. I don't focus too much on running a specific pace, but rather by how I feel. When my runs naturally start turning into progression runs (getting faster throughout), that's when I know I'm ready to amp up my training.

What other activities do you do during the off-season?

During my downtime, I like riding my ElliptiGO, swimming laps and hiking on the trails in Flagstaff, where I live. My coach likes me to take my mind off of the strict training regimen I usually maintain. It's not always easy because I'm always focused on my upcoming competitions, but I know it's good for me in the long-term.

Are you more focused on rest during this time, or do you work even harder since you are not racing?

My downtime is definitely focused on resting. I train so hard for the majority of the year that I need a little break from that every now and then. That actually allows me to come back stronger and attack my training with more intensity when the time comes.

How does your diet change (if it does) during this time?

During my time off, I'll usually indulge a little more than I normally would, and I'm not as strict about what I consume. My dessert intake usually spikes for the first few days I'm not training, which is enough to keep me satisfied for a while. My biggest weakness is soft-baked chocolate chip cookies. After I have a good share of those, I gradually get back to a healthy, well-balanced diet.

What is your favorite thing to do during the off-season?

If I'm not training seriously for an upcoming competition, I try to take advantage of the opportunity to see my family. I don't often get to spend time with them on account of my training and racing schedule, so any time that I can break my routine to do that is really special to me. I also try to plan big vacations in the weeks immediately following a marathon because I know I won't be running and can be more laid back. It allows me to enjoy myself a little more without the pressure of making all of my decisions based on what's best for my training.