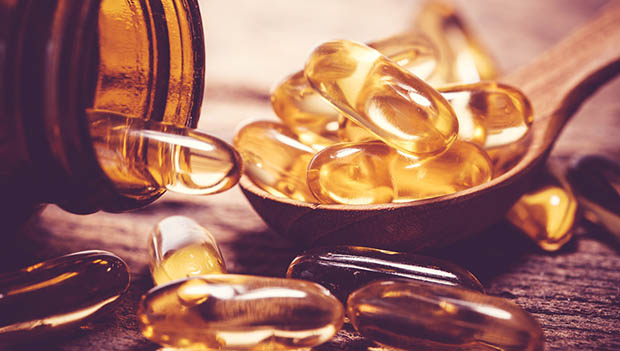 Mid way through the 1984 Olympic Marathon in Los Angeles—as Portugal's Carlos Lopes began moving through the field en route to his historic and Olympic record win—Dr. David Martin, director of high-performance testing for USATF, spoke to the press regarding one critical factor in Lopes' readiness on race day.

"His ferritin levels were in the 20s just 8 months ago," Martin said. "Now they are soundly above 90. Working to get his iron stores toward triple digits was immensely important." Little did Martin know, one quick remark would set off a fight within the medical community that is still raging today.

It has long been known that certain vitamins and minerals need to be present in the bloodstream of endurance athletes in higher volumes than the everyday citizen if that athlete wants to maximize their performance.

For almost two generations, physicians who work exclusively with endurance athletes have been recommending baselines of minerals, such as iron, and vitamins, such as D, in values two and even three times the typical levels "recommended" for the average person. Getting the greater medical community open to these higher levels (already widely accepted by the performance community) has been a decades long battle for athletes, coaches and their guardians.

Iron is a trace mineral the body needs to produce the protein hemoglobin, necessary for the facilitation and transportation of oxygen. Iron also helps the body convert carbohydrates into energy during exercise, and while recovering from strenuous exercise, iron helps produce new cells, proteins and hormones that make us stronger. In many ways iron and the levels of iron stores needed for athletes' best performances have been at the forefront of the family physician vs. sports medicine disconnect.

"We know unequivocally as sports medicine internists that a ferritin (iron stores) count under 45 to 50 is a big red flag for distance runners," Australia's Dr. Peter Thompson, a sports medicine specialist who has been working with top runners and swimmers for 30 years, says. "Just getting ferritin pulled in a normal blood draw is a battle due to the fact insurance companies don't view it as a necessary reading."

In addition to iron, vitamin D—which promotes calcium absorption—has long been recommended by sports specialists in far higher quantities for endurance runners than for the general population. A daily vitamin D supplement of 1000 to 4000 IUs is by and large the highest recommended allowance put forth by most doctors and yet, according to the lead physician with the Japanese National Marathon Federation, "often as much as 12000 to 15000 IUs in liquid form are needed five to six days weekly for runners who are training high volumes who reside in certain geographies where D absorption is lacking."

Dr. Brian Fullem of Clearwater, Florida has worked with many of the top long distance runners in the world and says the real problem is that family practitioners are expected to be all things to all patients.

"A primary care doctor is trying to handle everything," Fullem says. "Top-level athletes are a completely different subset of patients, and the guidelines [for how much of a supplement you need as an athlete] lag behind all of the current research."

What should competitive long-distance runners do to ensure their levels of key minerals and vitamins are sustained and to be aware if a deficiency exists? Family physician Dr. Tim Dailey of Boone, North Carolina recommends patients be their own best advocate when it comes to knowing the levels necessary for their best performance.

"If I were a high level athlete today, I wouldn't go to an everyday doctor," Dailey says. "Athletes need to make sure they see someone specifically who has a background in sports medicine or is a sports medicine internist."

Dailey said part of the problem facing athletes is once again issues related to insurance and what is ordered. "Physicians almost have to know how to play the game just to get the proper tests. Sometimes even if you list anemia as a diagnosis, an insurance company will not give you the proper tests. Athletes need to know what they need and demand the tests. They must be their own advocate."

READ THIS NEXT: 5 Vitamins and Minerals Cyclists Need More Of