The Man Behind the Boston Marathon 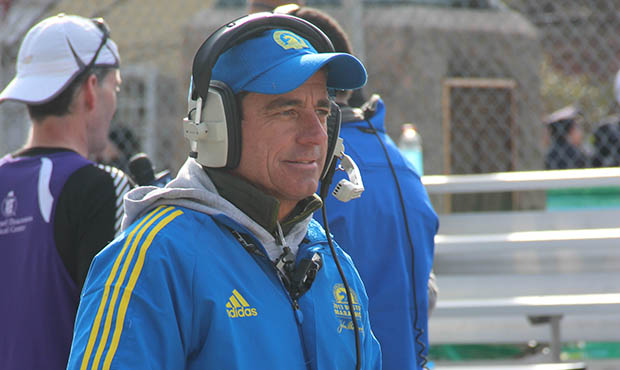 As the city of Boston gears up for the 120th running of the world's most prestigious marathon, the man behind the race is not only preparing for his role as the race director, but also the last finisher—a title he's earned for the last 28 years in a row.

Running Boston for the First Time

As a teenager, Dave McGillivray wanted nothing more than to become a professional athlete. His favorite sports were basketball and baseball, but his short stature always left him as the last pick on his schoolyard teams. Discouraged, but not defeated, the Medford, Massachusetts native turned his focus to running.

"No one can cut you from running," McGillivray says. "All I had to do was run."

Like everything in his life, McGillivray fully committed to his new path and launched into his running career with extreme force. By his senior year in high school, he'd become familiar with the Boston Marathon and decided he would run the race.

Neither qualified, nor even officially entered, the 17-year-old made plans for his grandfather to cheer him on near his home at mile 24 of the race. But McGillivray didn't make it that far on race day.

Known for their late appearance in the race, the famous Newton hills took a toll on the teenager, eventually landing him in an ambulance for medical treatment.

After doctors released him from the hospital later that evening, McGillivray called his grandfather's home phone to touch base. It wasn’t until 9 p.m. that night that his grandfather finally answered the phone—he'd been waiting at the finish line for hours.

McGillivray told his grandfather what happened, lamenting over his failure. His grandfather replied, "You didn't fail. You did what you do—you learned. You learned that you cannot go through life with reckless goals. You can set goals, but they have to be ones that you earned the right to do."

On that same call, McGillivray's grandfather struck a deal with his grandson that if he trained to run the race next year, he'd be there to watch him run it. Two months later, his grandfather passed away.

McGillivray kept his end of the promise and trained to run the Boston Marathon in 1973 as an official participant. Race day came, and he set out to make his grandfather proud.

The same hills that took him down the previous year struck the runner hard. Having been sick for several days prior to the race, McGillivray suffered and decided to drop out after mile 21. Sitting on the curb, beating himself up in his mind, he questioned whether or not he could really be the athlete he dreamed of becoming.

And then, in what he calls a, "defining moment in his life," McGillivray turned around to see the Evergreen Cemetery where his grandfather was buried. Looking even closer, he saw his grandfather's tombstone and knew that even though he wasn't there physically, his spirit was there to hold up his end of the bargain.

McGillivray picked himself up determined to finish what he'd started. He crossed the finish line of his first-ever marathon in four and a half hours. He vowed to complete that same race every year in tribute to his grandfather. So far, he's kept that promise by running the Boston Marathon for the past 42 years.