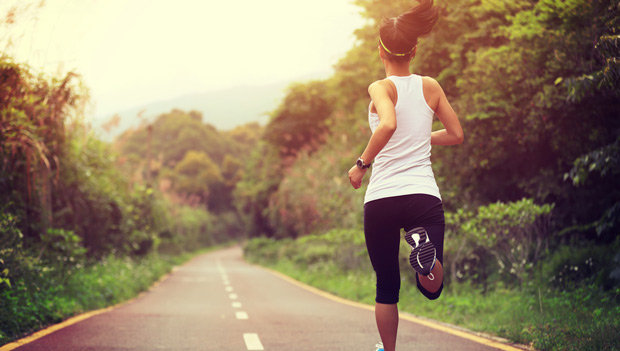 In the traditional marathon training plan, a long slow distance (LSD) run serves as the cornerstone. The LSD run is often prescribed as a weekend run, anywhere from 2-3 hours long, and run at a pace about 30-90 seconds slower than your goal race pace.

By contrast, the tempo run is much shorter and sometimes mixed into a training plan. Tempo works as a speed day when track workouts aren’t an option. The most common tempo run is about 30 minutes at a pace you can hold for the duration.

Recently there has been a lot of debate over which run is better in training for the half marathon and marathon. The new argument is that speed and endurance can be accomplished without spending early weekend mornings running long, slow miles. In addition, some argue that the long, slow run can lead to injury.

So is one really better than the other?

First, it’s best to understand what each training run does for your body.

The LSD, according to running coach Brad Minus, is meant purely to build aerobic endurance.

“When running at a ‘conversational pace’ as I like to call it, the runner breathes more naturally,” he says. “By breathing more deeply the body is provided with more oxygen which translates into a higher capillary density, which, in turn, increases mitochondria.”

If you remember back to biology class, mitochondria are found in cells and are part of the respiration and energy production—both of which runners need.

“The more oxygen in the cells of the muscles, combined with glucose, makes more ATP which is the energy source that moves the muscles,” says Minus. “Endurance cannot be built without increasing the transport of oxygen.”

For newer runners, the long slow run can greatly improve their aerobic endurance and help them reach new distance goals. The newer the runner, the more they can benefit from a long, slow run. Often times, newer runners set a mileage goal for a long run and that also helps boost their mental confidence.

The tempo run will burn through energy more quickly but helps a runner increase the overall quality of training runs. These help a runner incorporate more race day scenarios, such as running hard when your legs become fatigued. Physiologically the tempo run increases a runner’s lactate threshold, the point at which your body fatigues.

In reviewing both the LSD and the tempo run, it would appear that the answer to this debate lies somewhere in the middle, and the long, fast run could be the answer to gaining both aerobic endurance and increasing lactate threshold.

According to Cathey, slow-twitch runners have better aerobic fuel systems, are not sprinters, and can handle longer runs. She prescribes a variety of runs to her athletes including long runs that incorporate fartleks and short tempos or progressive finishes.

“Speed endurance with anaerobic work is helpful for when we want to maximize performance, but we don’t want to do so much speed that we deteriorate on aerobic strength,” she says.

So there you have it—sort of. The best recipe is one that includes a variety of ingredients. Don’t be shy about pushing yourself with speed work, but maintain an LSD-to-tempo balance for best results.