The Journey from Couch to 5K: Getting off the Couch 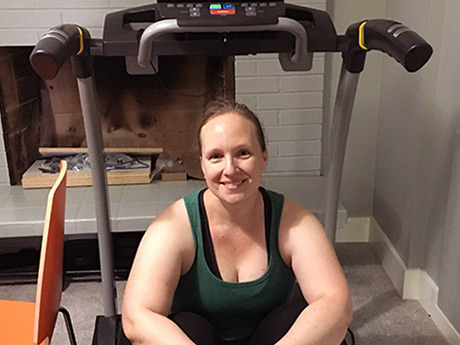 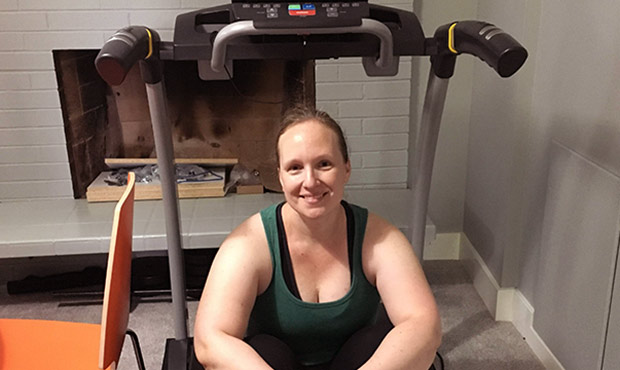 Follow writer, mom and everyday person Meredith Bland as she trains for her first 5K using the Couch to 5K® presented by Special K mobile app.

A favorite joke among non-runners is they only run when something is chasing them. I've taken that a step further and told people that if I were being chased, I would try to hide first, climb something tall second and then break into a serpentine jog only as a last resort.

So, no, I've never been much of a runner.

In fact, the last time I did any running was in high school when I was on the field hockey team, and it gave me shin splints so painful I could barely walk. Sports were never a big part of my life as a kid. I was more of an exercise video kind of girl, starting with Sports Illustrated tapes by swimsuit models like Elle MacPherson, Cheryl Tiegs and Rachel Hunter—not the greatest choice of role models for a non-athletic, chubby teenager with self-esteem issues.

Like many women, I have struggled with my weight for most of my life. My eating has run the spectrum, from taking in no more than 800 calories a day to eating thousands and thousands of calories a day and being diagnosed with Binge Eating Disorder at the age of 14. My BED is something I struggle with to this day, but luckily, I have also had a lifelong love of exercise.

I'm one of those "sneaky fit" people. I look like I can't make it up a flight of stairs, but in fact, I could probably run up a few flights without breaking a sweat. I love lifting weights, and at one point, was even doing 40-pound deadlifts and hour-long boot camp DVDs with ease.

I was fairly fit until five or six years ago, when I quit my job to stay home with my twins. Since then I have gained about 50 pounds. Part of this was because I didn't have to fit into my expensive, dry clean-only work clothes anymore, but most of it was because I felt depressed from losing the sense of value and purpose that comes with a paycheck.

I've continued to exercise on and off, but this year was when I finally made some real changes. From the first day of January to the end of March I worked out six days a week with that uncaring devil Jillian Michaels, joined Weight Watchers and lost about 25 pounds. I was feeling great and kicking ass.