The Importance of Building a Running Base 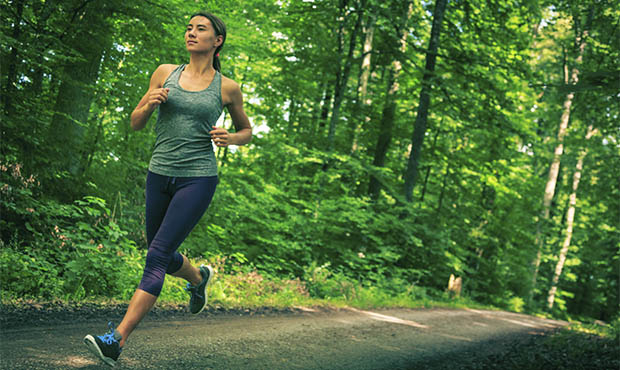 If you have even the most basic knowledge about running, you probably know heading out for a 20-mile run would be nearly impossible if you haven't worked up to that point.

Base Training: The What and Why

Base training is the first phase of a larger training concept called periodization, which involves a sequence of training blocks culminating in a single peak performance. The concept was first introduced in the 1960s by Arthur Lydiard, a charismatic New Zealander with a knack for creating Olympic running champions.

Former Olympian and noted running coach Jack Daniels recommends base training for new runners and runners who are coming back to the sport after a break of a few weeks or months.

Base training is built around the slow, long-distance run. By running successively longer distances, runners build up their aerobic capacity by expanding capillary growth around muscle cells for efficient oxygen delivery. This gradual progression will also strengthen connective tissues and build up a runner's resistance to common running injuries.

Together, these physical adaptations prepare runners for more strenuous training and racing.

Take a look at the below chart, showing Lydiard's theory of base training. The pyramid shape allows the base to be widened or narrowed depending on your goals and timeline. 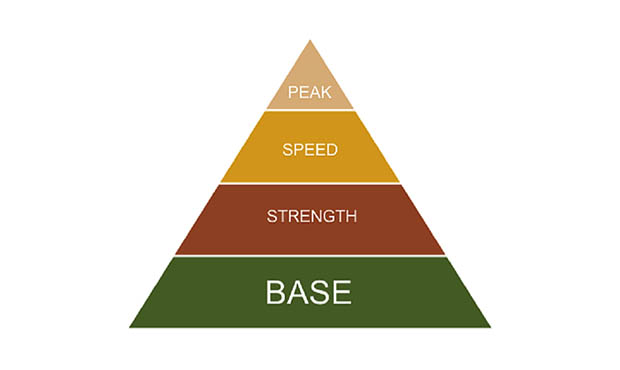 With the idea that a bigger base can support a taller peak, it's easy to see how a strong base can lead to faster running at your peak.

How To Build Your Base

During base training, runners should keep their intensity at moderate levels. In Jack Daniels' book Daniel's Running Formula, he describes this type of easy running as 59 to 74 percent of VO2 max, or about 65 to 78 percent of maximum heart rate. (Not sure what VO2 max means? Here's more information.)

Base training, however, doesn't have to be made up entirely of slow running.

Don't be afraid to include strides or strength work in your training plan, but keep your focus on building up endurance at an easy pace.

Many runners find the base-building phase to be their least favorite part of training. The long runs are not only physically demanding, but also mentally exhausting. Sometimes it's difficult to stay focused and enjoy runs when you're out there for more than an hour or two.

But, this too is part of the base-building phase. It takes extraordinary discipline and mental toughness to push yourself on race day. If you know you've done it in training, you can feel good about achieving your finish line goals.

Not every runner needs to follow a complete training plan built upon Lydiard's periodization concept. Many runners will be happier simply running by intuition. But if you want to conquer longer distances, you should begin by building a solid running base.