The Effects of High Altitude Training 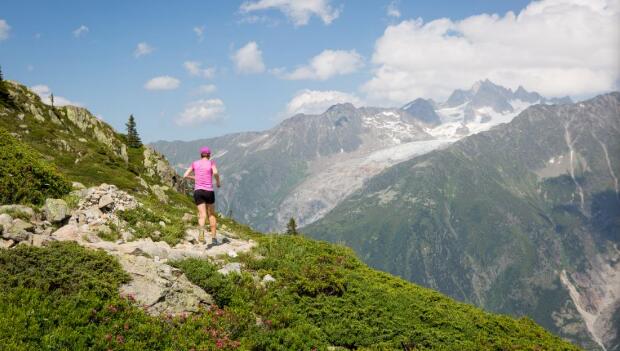 Pike's Peak Marathon takes place every August and is one of the most grueling races in the world. The race starts at 6, 280 feet and climbs a staggering 7,830 vertical feet to reach a summit of 14,100 feet before a bone-battering descent. This race makes ordinary hill work look like anthill work. You also have to guess that the vast majority of the competitors are ill-prepared for the extra demands of vertical mileage, let alone the impact of altitude. The average ascent takes runners four to four and a half hours, for a total average marathon of six and a half to seven hours.

Running at high altitudes decreases the amount of oxygen getting to the muscles. A low atmospheric pressure in the thin air makes the blood less oxygen-rich as it travels to the muscles. As the marathon proceeds and runners climb higher, the problem gets worse and worse as the runners' oxygen demands increase. Regardless of whether a runner lives and trains at a high altitude or not, high altitude slows performance.

Of course the problem is a mountain-sized one for the sea level dweller running at high altitude since his/her body has not had time to make adjustments. Even for well-trained athletes, acute altitude sickness can result in pulmonary or cerebral edema, in which abnormal amounts of fluid collect in the lungs and around the brain. Other symptoms include severe headache, nausea and vomiting, coughing, and swelling in the hands and feet. To complicate matters more, dehydration can be a serious problem at high altitude.

Research studies have explored the idea of taking advantage of the body's physiological changes at high altitude as a "natural blood doping" effect. As the blood increases its red cell volume in response to a lower availability of oxygen, VO2 max also increases. Sea level performance has been shown to improve as a result (Journal of Applied Physiology, 1997, Vol. 83, No. 1, pp. 102-112).

On the other hand, while adaptation to altitude will improve a runner's oxygen transport function, it does not necessarily mean faster running times at sea level. Claims to the contrary argue that since high altitude performance decreases, athletes cannot train at faster paces and therefore race times can actually suffer from high altitude training. The idea of "live high-train low" has developed out of the argument and expensive sleep chambers to induce high altitude conditions have become available.

For most of us, these are questions of remote interest. The vast majority of runners live and train at sea level, and makes the best of it. For any of you running the Pike's Peak Marathon, accolades are in order just for the attempt.

If all these fail, you can consider Diamox, a prescription drug used to control altitude sickness symptoms. Try a low dose of about 125mg twice a day for the first two days. During that time, take it easy, exercising with walks. Then stop the Diamox and jog on day three. Build speed from day four with some running. Know that you won't be able to run as hard or as fast as at sea level.