The Coolest Things in Running: February 5 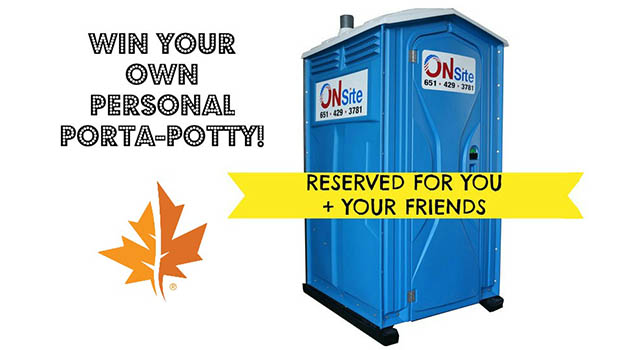 A prize you never knew you wanted—that's how we'll describe the contest being put on by the Medtronic Twin Cities Marathon in St. Paul and Minneapolis, Minnesota.

Runners who register for the race by February 9, 2016, at 11:50 p.m. CDT can enter into a drawing for the chance to win the coveted grand prize—access to your very own Porta Potty on race day.

That's right: No more endless lines, hovering (for the ladies) or dodging questionable stains. Well, at least you'll know what the stains are and who made them.

You can even decide to be generous and add friends to the VIP list for Club Porta Potty, giving them the weirdest opportunity to say, "I'm on the list."

Randomly selected second-prize winners (500 of them, to be exact) will receive a 26.2 sticker, which—in our opinion—is not nearly as valuable as being the King or Queen of the Throne.

To be eligible for the drawing, runners must enter their information here before the February 9th deadline.

Did Lance Armstrong Just Enter the World of Ultrarunning? 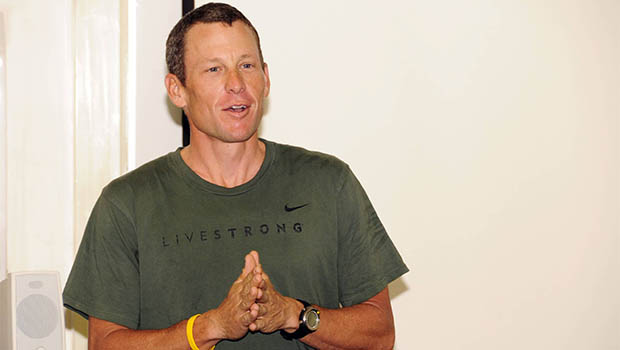 Regardless of how you feel about Lance Armstrong and his sordid past, this news certainly caught our eye this week.

The once-celebrated, now-disgraced cyclist has entered a training run connected to the physically demanding, soul-challenging 100-mile Western States Endurance Run. While this training run is not timed and won't have winners or awards, his entry has been met with some apprehension and raises questions about whether or not he should be allowed to race competitively in other sports.

Armstrong has not yet confirmed his participation in the Western States 100, but his entry in this training run leads many in the industry to believe that's where he's headed.

In December, the former professional cyclist won the Woodside Ramble 35K trail race in Woodside, California. While his win was received mostly well, there were a few critics who were quite outspoken against the race directors who allowed him to participate.

On February 6, the Western State Endurance Run's board of trustees met to draft a new performance rule banning anyone who has ever been caught using performance-enhancing drugs from competing in the race.

Race organizers made a clear statement against doping by adopting a "zero-tolerance policy regarding the use of performance-enhancing drugs (PEDs)."

The stipulations of the new policy cite anti-doping rules "enforced by the IAAF, WADA, USADA, or any other national sports federation," thus making Armstrong ineligible to enter the race.