Signs You're on the Brink of a Running Injury 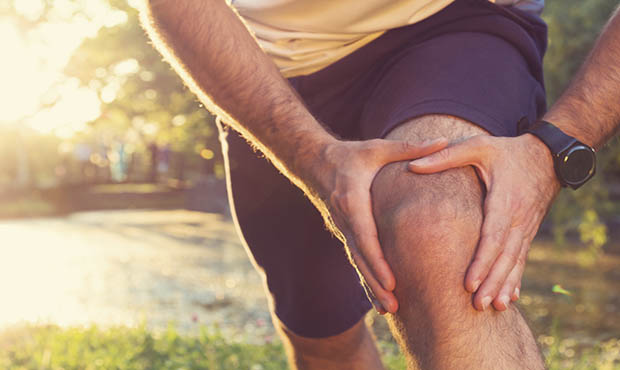 From runner's knee to plantar fasciitis, running injuries can wreak havoc on your training plan. For many runners, these injuries seemingly come out of nowhere, but if you pay close attention to your body, you can actually predict them well before they strike.

Look to your body for these important clues before an injury sidelines your success.

One of the first clues that you're heading for a running injury is being abnormally tired—specifically, having restless or unsatisfying sleep at night or waking up multiple times throughout the night. Most adults will tell you they're tired regularly, but this type of tired goes beyond normal fatigue.

This is your body telling you it's time to get some rest.

When you become overtired, you're impaired as a runner in the same way that you would be if you consumed too much alcohol. This can lead to running spills and poor running form. You wouldn't run after several drinks, so don't run when you're deeply fatigued. Listen to your body and add in extra shut-eye and a few days off of training.

This also applies to forcing workouts when you're low on energy. Posture is an important factor in strength training, and when that suffers, it can lead to imbalances that cause injury. Instead of forcing a run or pushing yourself to go to the gym, try going for a walk or taking a relaxing bicycle ride with a friend.

In addition to low energy, "lead legs" can be another indication that you're pushing yourself too hard. Lead legs feel exactly how they sound—heavy. If you feel like it takes extra work just to move your legs up and down as you run, there's a good chance your body is overworked.

When your body doesn't receive ample time to recover, your legs won't feel free, even after a rest day. Be careful if you experience lead legs, since injury can be right around the corner.

Another telltale sign of an impending injury is a slight pain that just won't go away. In this scenario, a lot of runners will try to run through the pain, and this is a big mistake. Again, your body is giving you clues that it needs a break. By cross-training and taking time off, that little pain will eventually resolve itself. But by continuing to push through your aches and pains, you risk developing a much larger issue, such as a stress fracture or a severely pulled muscle.

Certain injuries, such as plantar fasciitis, will be worse in the morning and then subside as the day progresses. This can make it especially tempting to keep running. However, if you ask any runner who's suffered from this ailment, they'll tell you it's tough to get rid of if you keep running hard on it. By reducing your training, you can actually save yourself from a much longer recovery period.

Listen to your body, and give it the rest it needs and deserves.