Running in a Pink Tutu: The Divas Half Marathon and 5K

The day began bright and early at 6:30 a.m. for the race's start near Saengerfest Park in downtown Galveston. 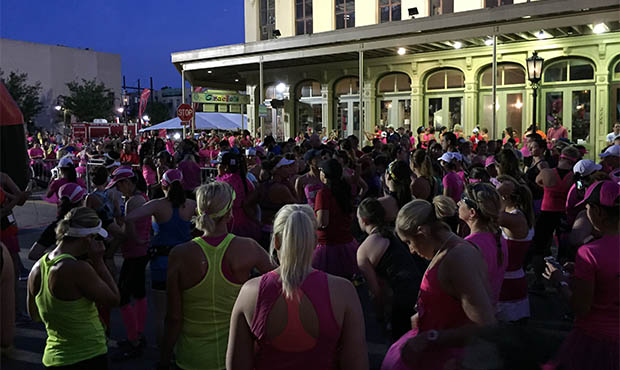 Everywhere you turned, ladies in pink were mentally and physically preparing themselves for the day. (Seriously, though...So. Much. Pink.) Rarely did you see a lone runner—apparently, those who diva together, stay together.

The half marathon course snaked through the downtown area before venturing out into a quaint Galveston neighborhood with one particularly memorable palm tree-lined street that rivaled Sunset Boulevard in Los Angeles.

But what came around mile three was even better: As runners turned onto Seawall Boulevard, they were met by a breathtaking view of the sun coming up over the ocean and boardwalk. Talk about inspiring. 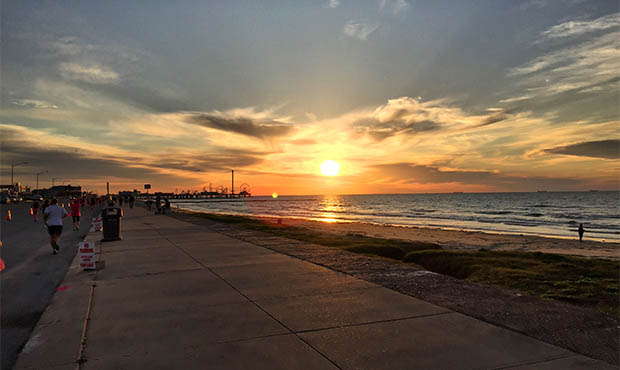 A large part of the half marathon was run alongside the ocean, offering a coastal breeze that did its part in cooling off the low-70s temperatures. The looped course ran past beach cottages and resorts, with the occasional vacationer offering motivational cheers or signs from their balconies and porches.

The running tour of the island culminated with a Boa and Tiara Station—because what better way to cross the finish line than by sporting a pink feather boa and sparkly tiara?

And, speaking of the finish line, it could quite possibly be the best part of the race. Why, you ask? Because this is how you receive your medal. 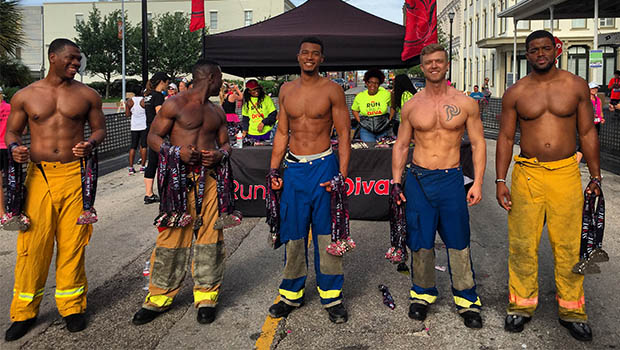 All Divas finishers (both half marathon and 5K) are awarded a medal by one of these very buff, shirtless men. Are they real firefighters? Who knows. But honestly, who cares?

Runners were then immediately handed a glass of champagne to toast their accomplishment. In addition to the celebratory bubbly, a nearby food tent was stocked with fruit, cookies, pretzels, dried cherries and water.