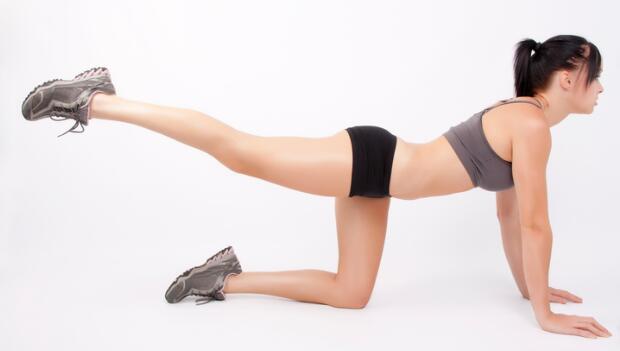 Since the sport of running has begun to enjoy a second boom in recent years, much attention has been paid to injury prevention. More specifically, the industry has focused largely on both foot strike and footwear as major causes of running ailments. It turns out, however, that there's another culprit that runners often overlook: hip weakness.

Jason Fitzgerald, a 2:39 marathoner and coach in the Washington D.C. area, says that hip weakness has become more prevalent as a result of the sitting we do in our daily lives. "When you consider how important proper hip strength is for runners and the fact that most runners don't do the specific strength exercises that bolster the hip muscles, it's a disaster waiting to happen," he says.

Indeed, there is plenty of research to back up the contention that weak hips can lead to injuries. For instance, one study published in the Journal of Orthopaedic & Sports Physical Therapy found that when the hip over-rotated and collapsed inwards during the gait cycle, illiotibial band syndrome often resulted. Another study in the Clinical Journal of Sport Medicine discovered an association between overuse injuries in the lower extremities and poor strength in the muscles around the hip region, including the hip abductor, adductor and flexor.

More: 9 Causes of Hip Pain During and After Running

"If a runner is really weak in that area, it can set the stage for overcompensation injuries," explains Chris Johnson, a New York City-based physical therapist and amateur elite triathlete. Put simply, when certain muscles aren't strong enough to do the work they are supposed to do during running, other muscles take on that work; this can result in overuse issues. When you strengthen your entire kinetic chain, individual muscles aren't required to do more than they are built to do.

Since the hips stabilize each leg during the stance phase of the running gait, strength in that area is particularly vital. "Hip weakness throws off all that stability, resulting in excess movement not only at the hip, but also at the knee," says Fitzgerald. "The two most common injuries that result from weak hips include illiotibial band syndrome or patellofemoral pain syndrome, but in fact, many other injuries could occur from weak hips, including Achilles tendinopathy, shin splints and plantar fasciitis."