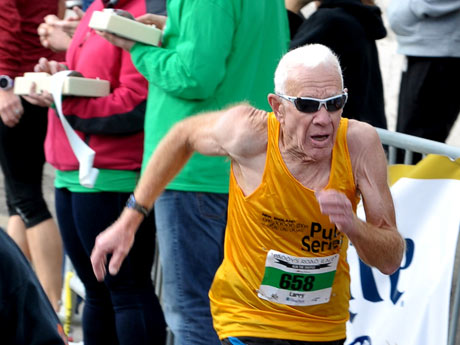 Part of the true beauty of running is its disregard for age. At the 2017 Boston Marathon, nine competitors will run in the 80-plus age group, defying conventional ideas about what remains possible as we age. Katherine Beiers, Lawrence Cole, Samuel Roake and Anthony Cerminaro are among those who will toe the line.

These are their stories: 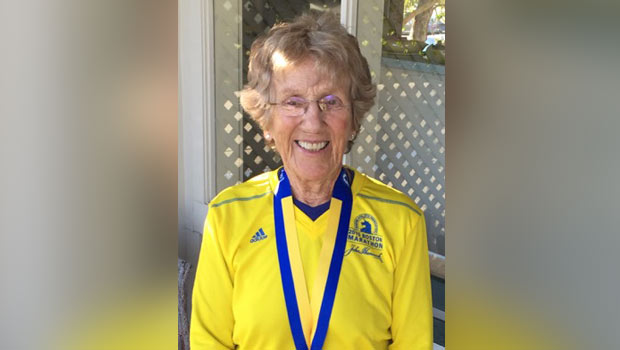 At 84 years and 9 months old, Katherine Beiers will be the oldest competitor in Boston.

The Boston Marathon veteran—this will be her 14th race—is also the only female participant in her 80s.

“Boston is a special marathon, and I do well there,” she says. “I love going to Boston.”

Like many runners over 70, Beiers didn’t get into the sport until later in life. She was 50 and working as a librarian at the University of California at Santa Cruz when it all began.

“I started yearning to get outside,” she says. “Turning 50—the weight hit, energy is low. I said ‘I’m getting out on my lunch hour.’ I started running on the track.”

She met a group of younger runners and began training with them. Since then, Beiers, who runs about 50 miles a week, has done 30-something marathons (she lost count!) and two 50-mile races—and she keeps getting invited back.

She credits her good attitude and training with younger seniors—her running buddies are in their 50s and 60s—as keys to her success.

So, what’s her goal for Boston?

“Everyone has a goal and it’s called ‘finish,’” she says. “The time doesn’t mean anything to me anymore.”

When she crosses the finish line, Beiers won’t get much time to relax and relish in her latest achievement. From Boston, she is flying to Europe, where she plans to walk a total of 486 miles on pilgrimage through Spain.

She usually doesn’t seek advice from her doctors about her activities, but made sure to tell them about her upcoming schedule of endurance events.