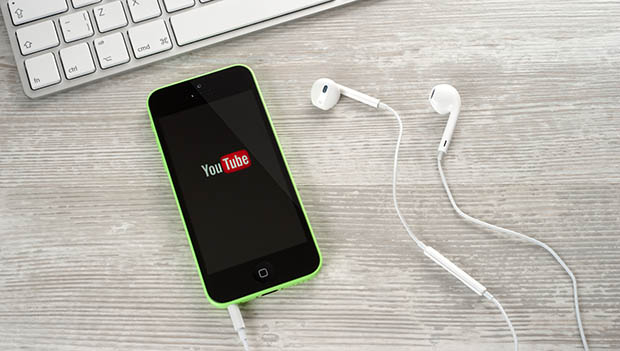 Running is one of the purest sports out there. For just the cost of a pair of running shoes, literally anyone can get off the couch and change their life. This doesn't even mean training for a marathon--setting a new PR around a neighborhood loop is a feat in and of itself. But once the dog days of training come around and you start questioning your goals, a little inspiration can make a big difference in terms of motivation and a positive mindset.

As much as we'd love being able to run all day every day, even the longest training runs only require a few hours of your time. What does this mean? Based on our not-so-accurate calculations that don't take any real-world demands into account, you should have plenty  of time to watch running-related YouTube videos as you R.I.C.E. the day away.

From running tips and tricks to inspiring finishes, here are 10 of our favorite running YouTube videos.

2014 was a big year for American running as Meb Keflezighi became the first American male to win the Boston Marathon since 1983. He didn't just narrowly clip someone at the line, he beat his next closest competitor by 11 seconds, finishing with a PR of 2:08:37. No, I'm not crying, you're crying.

It's hard to put into words how impressive this National Geographic documentary truly is. For anyone who's ever run a marathon (or really a race of any distance), you know how impossible breaking two hours in a marathon sounds. The folks at Nike took three of the most elite marathoners in the world and gave them every competitive advantage imaginable, and, well, you'll have to watch the documentary to see what happens.

It's one thing to watch an elite marathoner do his/her thing out on the course, but it's another thing entirely to try and match their pace for yourself. Runners World set up a 20-foot treadmill at the 2018 Chicago Marathon expo on Eliud Kipchoge's blistering marathon world record pace. Average age-groupers gave it a shot for only 200 meters, and let's just say, it puts Kipchoge's superhuman performance into context.

While we're talking about world-record running performances, this example might just take the cake. It's hard enough to run a mile in the four-minute range, but imagine throwing a few beers in the mix. The format is structured as follows: four laps, four beers--one beer per lap. Corey Bellemore's 4:33.6 finish in 2017 secured a new world record, beating his next closest competitor by more than 30 seconds. He went on to beat his previous time with a PR of 4:24.4 in 2018, but he was DQ'd after officials found more than 4.5 ounces of beer left in his bottles.

YouTube is a treasure trove of information for literally every subject, but it's especially helpful for access to beginning running tips. This video by Caty Culp covers all the basics for beginners, from general running advice and diet tips, to gear suggestions and which apps work best. Her step-by-step approach is especially helpful for first-time runners who are starting their running careers from square one.

Dan Whitehead is an interesting guy. Not only is he a serious ultra-runner, but he's also created a YouTube channel that's surprisingly well done for someone without a huge audience. He covers it all, from his favorite running gear and running footage to cooking videos and the emotional side of training. It's not just another running channel--you can tell he cares, and he puts a lot of thought behind the videos he produces.

It's one thing to just go out for a run, but it's another thing entirely to intentionally work on proper body mechanics. This video talks about proper running footstrike--how you land on your forefoot, midfoot or heel--and provides three steps to improve it. If you find this video helpful, check out some of the other great content the Run Experience channel creates.

We love WIRED's "Almost Impossible" series, so we were especially excited when another running-themed video was released late last year. Robbie Gonzalez dives into the world of elite sprinting, and talks with competitive sprinters and sports physiologists to see why the 9-second mark hasn't been broken. Usain Bolt currently holds the world record at 9.58 seconds, and science says it's not going to be eclipsed anytime soon.

Not all running shoes are created equal. It's likely you've picked a pair of "athletic" shoes based on their looks, but once you're in the sport, you'll start to realize there are different types of shoes for different applications. Also, there are different kinds of shoes that are designed for specific body mechanics. Pronation is a common issue for runners, and it's important to find a shoe that helps mitigate this problem. This video first explains what pronation is, then provides tips on what to look for when buying shoes.

READ THIS NEXT: 6 Running Movies to Get You Through Your Next Treadmill Session