Need Poopicorn Power? Look for This Kid at Your Next Start Line 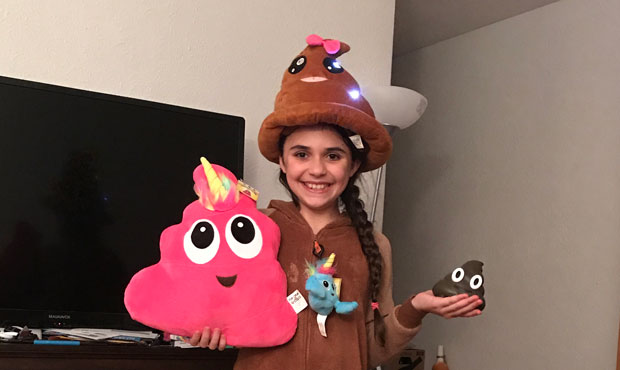 When Morgan Latsha arrived at the starting line of the Marine Corps Half Marathon at Camp Lejeune in North Carolina, she scanned the crowd for her partner. As a member of Ainsley's Angels, a national organization that pairs runners with adaptive athletes who "run" in racewheelchairs, Latsha wouldn't be running this 13.1 alone—but little did she know how unexpectedly inspiring her race partner would be.

Anastacia Wartmann is a 12-year-old from Virginia Beach. Due to complications from debilitating arthritis and other health issues, such as severe Irritable Bowel Syndrome, a condition that has led to surgeries and hospitalizations, she knows that running half marathons isn't in the cards for her right now. Instead, Anastacia participates by passing out handwritten notes from her chair to motivate the runners, packed up in cute little poopicorns.

What's that? You've never heard of a poopicorn? Well, they combine the magical mystery of a unicorn and attitude of a poop emoji, and Latsha's new running pal's arms were overflowing with them when the two finally met up. What's more, Anastacia was decked out head-to-toe in poop emoji gear as she smiled and held the creatures out to runners. 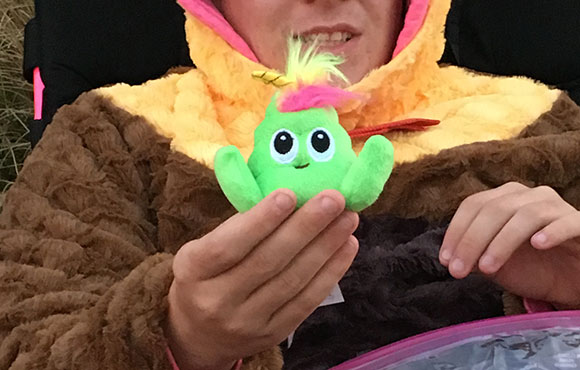 "I was flooded with happiness," Latsha says. "You look around this world and people are so serious about everything. Then there's this young girl in front of 20,000 people, covered with a poop emoji hat, poop emoji onesie—she was covered in poop emoji. It was a reminder that this world isn't so serious. It's OK to be your own person."

Some folks accept Anastacia's gifts on the course, while some just smile and wave and focus on the race. Either way, her goal is to make sure runners know they have someone in their corner during tough sections. She handed out poopicorns at last year's Marine Corps Marathon in Washington, D.C., and plans on handing them out at every race she attends from here on out--and this inspiring seventh grader pays for them with her own money.

"Sometimes you just need to smile and laugh," Anastacia says. 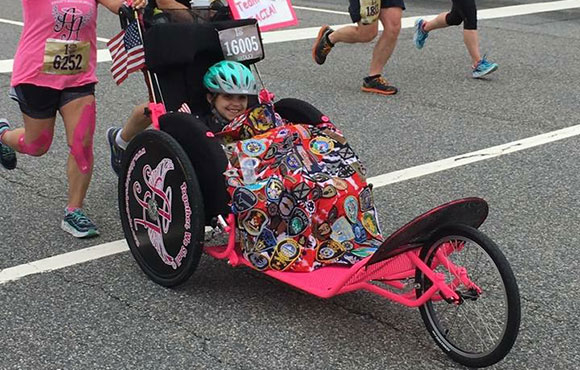 Her mother, Jennifer, is happy that her daughter has found the strength to overcome the tough obstacles in her life.

"Colon health is kind of one of those things that we don't talk about, especially when you're 12 years old. But this is a part of Anastacia,"Jennifer says. "There are two ways to handle it. You can be mad or you can find a way to smile and laugh about it. Poopicorns have given Anastacia a way to be OK with it."

Latsha was one of the first poopicorn recipients at the Camp Lejeune Marine Corps Half Marathon. She clipped it to her running belt during the race, then tried to return it to Anastacia as a token of the first race they completed together, but her young partner insisted she keep it.

She did just that, and to this day, Latsha still clips the poopicorn to her belt at all her races. It's a reminder of an inspiring young girl who goes through struggles every day, but has never stopped thinking about other people.

"It just hit me," Latsha says. "This young girl knew I needed this token of motivation, so it's never left my side. I keep it handy, and if I feel I need it on a run, I bring it."