Is Maximal Running the New Minimal? 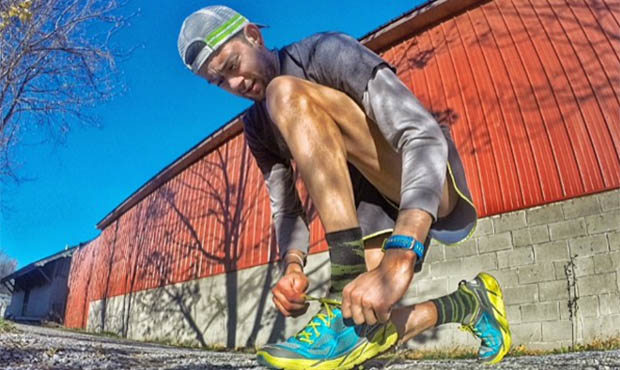 Trends in the running industry seem to change faster than Usain Bolt in a 100-meter sprint. Brands are competing in an ever-shifting landscape where one "revolutionary" new feature is introduced every few years, replacing the previous flash-in-the-pan predecessor.

Four years ago, it wasn't uncommon to see numerous racing flats and toe shoes at both 5Ks and marathons. Look now and you'll see the opposite—thick-soled, ultra-cushioned maximalist shoes dominating the endurance scene.

But unlike minimalist brands that have struggled to keep their product relevant, HOKA ONE ONE, pioneer of the mainstream maximalist running movement, has managed to transcend trend status. Their flagship model, the Clifton, has been inspiring double takes from non-runners with its bulky, platform-inspired stylings since its launch back in 2010.

Why has HOKA ONE ONE—and maximalism in general—risen to the top of the specialty running shoe scene and managed to stay there?

Kyle Merber, a HOKA ONE ONE athlete and 2015 DMR World Record holder, is one of the many endurance athletes who have made the switch to maximalist running.

"This is just like any other shoe but just felt better."

"I was obviously hesitant trying any new pair of shoes, but all it took was a mile and I realized these were not only runnable, but favorable to feeling the ground every single step," Merber says. "From there, I was hooked."

This is a feeling consistent across all maximalist converts: Trying a maximalist shoe is such a natural experience that it's hard to turn away.

The cushioning-to-weight ratio is one of the biggest draws of maximalist shoes. Despite their cumbersome look, HOKA ONE ONE shoes have a comparable weight to classic trainers half their size. Additionally, the lightweight feel of the Clifton 2 inspires a quicker turnover—similar to their minimalist counterparts.

"I felt faster because of the light shoe, but I think HOKA has also shown that you can have a light shoe without sacrificing cushioning," Merber says. "I expected there to be some sort of transition period, but I quickly realized this is just like any other shoe but just felt better."