How to Reset After a Bad Race 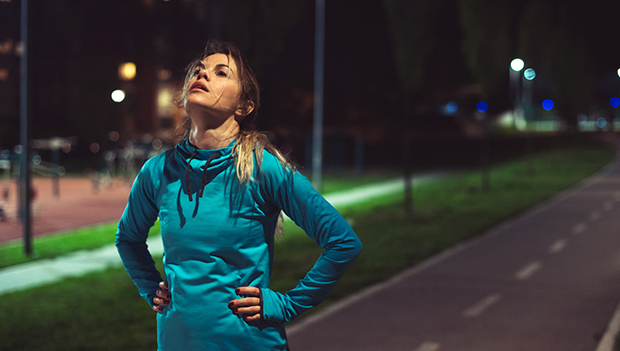 Virtually all athletes have been there: Despite all attempts to right the ship, your subpar race performances or string of injuries has continued. It's been quite some time since you've even had a positive race performance, and thoughts of hanging up your running shoes for good have even crossed your mind.

Before you throw in the towel, let's look at four tried and true strategies for pulling yourself from the mire and getting back on the path of healthy, PR-filled running.

As cliché as it may sound, "glass half-full" individuals tend to perform better over the long-term than "half-empty" personalities. As acclaimed sport psychologist Stan Beecham notes in his best-selling book Elite Minds, "Those who can finish even the worst of competition and training periods by noting where advancements were made will almost always outperform those who first point out failures."

So how do you turn up the positivity?

Begin with an old-school checklist. No matter your disappointments, write a list of what is going well. Perhaps you averaged more overall volume than ever before. Did you implement a new strength routine? Perhaps you tried a different race strategy. Even if it didn't work out, that is an experience that will benefit you later.

Remember to begin with the positives, because there are always positives. Mitigation can also be powerful. Did your marathon not go well due to heat and humidity? That isn't an excuse--it is a mitigating circumstance. Letting yourself off the hook is a sign of strength, not weakness.

One of the most common mistakes in endurance athletics is doubling down (a.k.a. intensifying training), when training and racing are not going well. But nine times out of 10, those who double down dig themselves into a further hole and exacerbate whatever issue is contributing to their poor performance.

Rest is not the absence of training, but rather part of it.

As the late great British Coach Harry Wilson used to say, "Rest is not the absence of training, but rather part of it." One of the best ways to begin hitting your reset button is to begin by taking a step back. My recommendation is a typical 20 to 22 rest cycle, consisting of 6 to 7 days total off from running (I recommend walking for continued blood flow), followed by 14 days of "day on, day off" running. On these days, you will alternate between short 25 to 30-minute runs for "on" days and no running for "off" days.