How to Approach Recovery After a Target Race 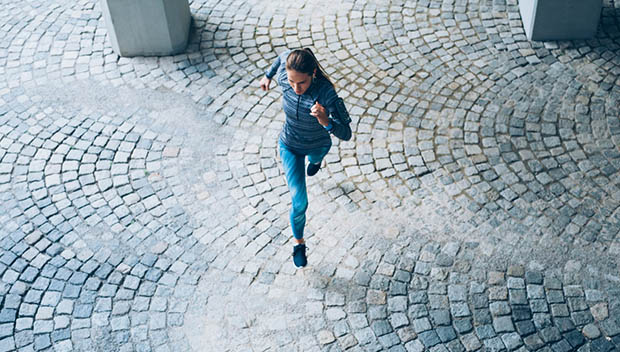 You can find articles on nearly every running topic under the sun, including how many weeks of preparation are needed, how much mileage and intensity should be involved and even nutritional advice for each phase of marathon prep. However, there are few pieces that address marathon and half marathon recovery and its effective implementation. Once you complete your target race, then what? What should the next training sequence look like?

Full Rest vs. Active Rest Based on Mileage and Gender

Former marathon world record holder Paul Tergat viewed his marathon race as the "beginning of [his] rest." For Tergat, 20 to 30 days of complete rest post-marathon, both physically and mentally, with no running whatsoever, was something he commonly addressed as both "intelligent and needed." Tergat took the unique perspective that these rest periods were part of his training rather than the absence of it. However, is this method the best? History, research and a cross section of even the best global runners suggests that how best to recover from a marathon depends on a variety of factors, not the least of which are how much you run and have run and whether you are male or female.

Road racing is nearly three times as popular as it was in the '70s and '80s and is also seeing more runners race half and full marathons with lighter loads of training.  ZAP Fitness commonly host adult campers who have entered marathon events on as little as 20 miles a week. (For the record, we don't necessarily advocate this "lower volume prep" approach to marathoning.)

it's these "newer" runners  to whom I recommend a more active rest period with mobile, non-running exercise such as swimming and walking, as well as a more rapid ramp-up back into "normal training" in the weeks after a marathon or half marathon. On the flip side, runners with larger volumes of training background—can draw upon their long-term fitness more readily after a rest. The general thinking here is simple: If you have trained more and over a longer period of time in terms of both quantity and quality, your rest needs to be ample. For those with less background, you should get back to running more quickly to continue aerobic development over the long-term.

The sample below details the transition in the first two weeks post-race for a 64-year-old man who ran two marathons in the past year, running "only" 35 miles a week to train.

The third week saw him run 25 to 27 miles for the week and the fourth saw him close to peak mileage. It is worth noting that I, as a coach, have had far more athletes acquire injuries in the ramp back up to training after a rest than in the period when steady, consistent volume is re-established.

It has long been theorized that women recover faster from endurance-based training and racing than men. As far back as the 1940s, Swedish Coach Gosta Holmer, considered the father of the fartlek, observed the recovery qualities of women and the speed of that recovery compared to men. Of Swedish and Finnish women in that era Holmer noted that "women seemed prepared to come back with tough work in short periods much more effectively than men." Similar observations have been made in both the Japanese and Australian federations. In recent years we have seen these theories emerge and tested.

New research shows women can get rid of waste product more rapidly and effectively than men, and the greater percent of muscle to overall body weight in men is actually a detriment as it relates to recovery—not to mention that women have long been proven to have higher overall pain thresholds than men. Put these factors together, and you can see why women tend to recover from grueling endurance events, such as marathons, in a comparatively shorter period of time than men.

The "Marathon/Half Marathon as a Springboard" Plan

The half and full marathon distances are two of the most grueling in endurance athletics. However, for those who are able to recover more quickly from these longer races, another half or full in short order can be an effective, albeit risky way to move forward. The first half or full itself, if recovered from properly, will serve as a boost toward the second. Once again, the inherent challenge is the first 14 to 17 days after your first race when intensity should be kept to a minimum yet overall volume not considerably reduced.

On a related note is the concept of the practice marathon within a build-up, from which recovering is a simpler task. A practice half or full marathon is simply using your chosen distance as one of the critical long runs as you build toward the more important primary goal race. I have become more of a fan of running a low-key half marathon five to 11 weeks out from a marathon if for no other reason than to practice race day scenarios, fluid intake, etc.

Recovery of Every Sort
Body maintenance is a critical factor as it relates to marathon recovery. As you conclude your marathon target race, be certain to focus on muscle repair through body maintenance. Be it massage work or other body care such as osteopathic manipulation, acupuncture or chiropractic work, body maintenance can and will advance recovery from a longer race exponentially.

Nutritional recovery—taking in quality proteins to rebuild muscle tissue microtearing, proper hydration and an emphasis on magnesium and potassium stores and lost electrolytes—will enable that additional one to two percent toward advanced recovery.

Mental rest is also just as important. Marathons and half marathons are arduous events not only physically but also in the focus it takes to get the most out of yourself, regardless of your level of performance. A good mental break where you can remove yourself from the spotlight of performance and goal setting can go a long way toward entering the next training cycle effectively.

The Individualized Nature of Recovery

A distance runner can have the best laid plan for event recovery, but much like event preparation itself, recovery is as individual as a fingerprint. Different body types, different training backgrounds and lifestyles and different fitness and nutrition within the cycle all play critical roles when it comes to marathon recovery. Listening to your body is the best thing you can do during recovery and moving toward your next goal. Do not fight rest. Rest is indeed part of training and not its absence. Conversely, if your body utilizes the fitness attained from your marathon and you've recovered well in the first few weeks, be open to the idea of using the race as a springboard into another event sooner than usual.