How Long Should Your Long Runs Be During Marathon Training? 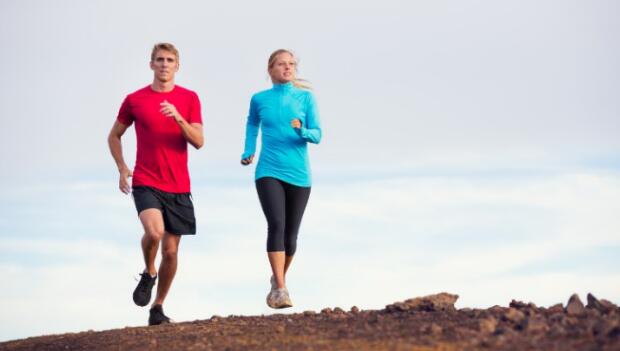 "Surely it had something to do with my experience in never having run beyond 20 miles," Lesser says. "I couldn't see what lay beyond that. I had no reference point."

As Lesser looks back on his marathon training experience last spring, he says he wishes he would have built up to a 22- to 23-mile (or even more) long run before race day.

More: Running and Pain: How to Overcome Your Mental Blocks

Lesser isn't alone. Many marathoners consider going farther than the conventional 20-mile long run, which most training plans recommend as the longest run before a marathon. But it's actually rare to find a training plan out there that goes too far beyond that distance. And there's hardly any out there that recommend runners go the full 26.2-mile distance.

More: How Much Marathon Training Do You Really Need?

This has many runners at both ends of the spectrum—both beginners and old pros—wondering how long they really should go before race day.

On one end of the spectrum, first-time marathoners want to be sure that they can, indeed, finish 26.2 miles before they try it in a more official capacity. Otherwise they fear they won't be prepared mentally.

But these runners don't have anything to worry about. According to Jason Fitzgerald, owner of Strength Running and USATF-certified coach, runners who've trained properly and are able to get through 20 miles can complete a marathon.

"With a proper taper, excitement of race day and good pacing, they won't have any significant problems completing the distance," Fitzgerald says.

On the other end of the spectrum, experienced marathoners might wonder if they should go farther than the standard 20-mile long run to make them faster and stronger on race day. Even for advanced runners, training plans don't stray too far from that 20 miler during the peak mileage phase.

For these athletes, Fitzgerald says they can run up to 22 miles but nothing longer. He says 22 miles is the point when the body runs out of fuel and the risk of injury "skyrockets" compared to shorter distances.

"The problem with running longer than 22 miles ... is that it's simply too much time on your feet," Fitzgerald says. "The recovery needed for an effort like that is substantial and requires the athlete to compromise the following 2 to 4 days of training. Because extra recovery is needed, the drawbacks of 'over-distance long runs' outweigh their benefits."

More: 3 Reasons to Include Recovery Runs in Your Training

But the cap on long runs shouldn't be a disappointment to runners out there looking to push the envelope on long runs. There are ways to become stronger and faster without running super-long distances.

Fitzgerald says doing a shorter long run, such as 16 to 18 miles, can still be great preparation for a marathon. For example, he says to complete the last 3 to 8 miles of a long run at goal marathon pace, or run every other mile at goal marathon pace during the second half of the run.

"Doing this essentially combines a long run with a faster workout, making this type of run much more specific to the demands of the marathon," Fitzgerald says.