Here's What Could Happen If You Cheat at a Race 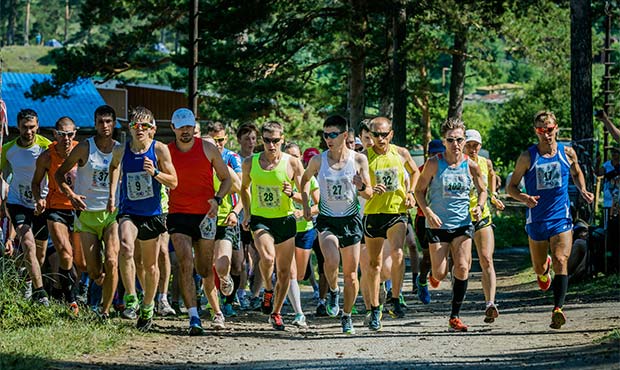 Rosie Ruiz might be one of the most infamous cheaters in running history, but one thing's for sure—she's not the only one. Each year, as runners toe start lines all over the world, a select few aren't doing so in earnest. Though bragging rights and accolades might tempt even the most honest runners, the long-term impact of cheating is greater than any short-lived reward.

After finishing the 1980 Boston Marathon as the supposed fastest female that year with a time of 2:31:56, other runners and race officials immediately thought something didn't add up. When asked about her split times by a fellow elite runner, Ruiz failed to recall any information—something most serious runners know by heart.

Others observed no signs of physical exertion, and stress tests revealed a higher than normal resting heart rate for that of an experienced female marathoner. Combine these red flags with reports from the race's actual top finishers that they didn't see Ruiz on the course, there was enough evidence for an investigation.

Besides the obvious guilty conscious, event dishonesty impacts other runners and has potential life-threatening risks.

In the end, the Boston Athletic Association (BAA) disqualified Ruiz and stripped her of the title after ruling that she did in fact cheat by taking a subway ride for a portion of the course before rejoining the race a few miles prior to the finish. Though she's never admitted to cutting the course, Ruiz's name has become synonymous in the running community with dishonesty.

Taking shortcuts isn't the only way runners cheat in races. Some practice bib swapping and even take it to an extreme by offering to pay someone to run a sought-after Boston Marathon qualifying time (also known as a BQ).

Whether it starts out as intentional or simply not wanting to waste a race entry, allowing another runner to race with your bib violates the rules of many events. Though some races may allow bib transferring, the penalties can be severe if it's not done in accordance with event guidelines.

Just ask running blogger Gia Alvarez—she earned a BQ in 2014, which came with an entry for the 2015 Boston Marathon. However, pregnancy kept her from that race that year, so she gave her bib to a friend, who ran using Alvarez's name. Her friend ended up running a fast enough time at the 2015 race to qualify her for a spot at the 2016 event, but the time was still under Alvarez's name.

When the 2016 event neared, Alvarez detailed her plans to run the sought-after race on her blog. Because the blogger hadn't disclosed the marathon in which she earned the 2016 BQ, readers began to question how Alvarez planned to run as a qualified runner (instead of a charity runner). It took little time for online sleuths to dig up evidence that Alvarez wasn't the runner photographed from the 2015 race. Armed with this information, someone tipped off the BAA, raising the question of how she earned the 2016 BQ.

After performing its own investigation, the BAA issued a lifetime ban against Alvarez, preventing her from entering any of the association's races, including the Boston Marathon. Though she did eventually admit guilt, Alvarez wrote a plea to the BAA on her blog to reconsider the ban and stated that bib swapping is very common in many races. Unfortunately for Alvarez, the event's management was unwilling to bend.