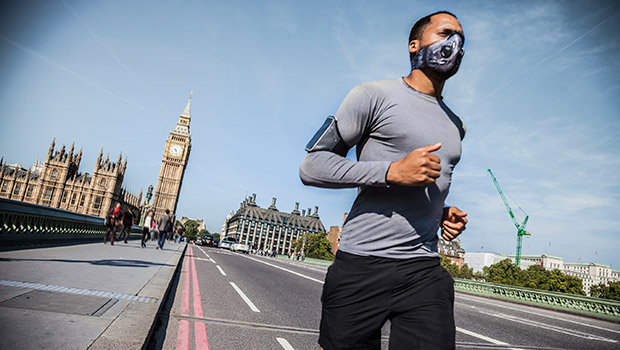 Elite endurance athletes have long used altitude training to improve performance, and there is plenty of science to back this training strategy. Not only does intermittent altitude training increase hemoglobin and red blood cell count, it appears to also have favorable affects on the muscles themselves.

For decades, sports performance researchers have been trying to come up with devices that can replicate these benefits. Due to the high costs, such devices were for many years used only by elite and professional athletes. One company, however, recently began producing mass-market, consumer-grade training masks which claim to offer similar benefits as training at altitude.

What the Science Says

In order to test the validity of the claims, a study, led by John Porcari, Ph.D. at the University of Wisconsin-La Crosse, looked at the effects of a six-week exercise program that compared a group of 12 individuals who wore the Training Mask 2.0 with 12 subjects in a control group who did not.

The study measured blood parameters, lung function, VO2Max, ventilatory threshold and power output before and after the six-week training protocol. Confirming the findings from an earlier study, the UW-La Crosse researchers found that the training mask did nothing for red blood cell or hemoglobin levels, and did not significantly impact lung capacity or VO2Max as compared to the control group.

One of the most surprising findings of the study was that the test group’s workload capacity increased appreciably over the last half of the study. This finding contradicted earlier hypotheses that training intensities would necessarily be lower with the mask because of the lower levels of available oxygen.

It is also interesting to note that past studies on altitude training have found that training under hypoxia (reduced available oxygen) may actually have a negative impact on performance, but that inducing hypoxic conditions at rest and then training under normal conditions (a strategy known as “live high/train low”) elicits the best performance results.

In the training mask study, however, the physiological improvements resulted from training with the mask on. The study authors are not certain why these adaptations occurred, but expressed excitement about the potential implications for training and performance.