Are VIP Race Packages Worth It? 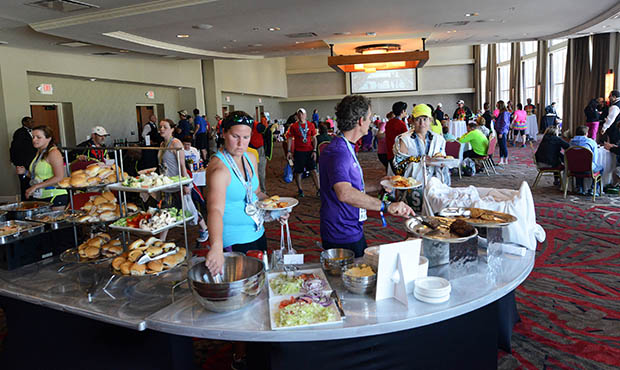 Running events have become so popular that this trifecta of race-day madness is typical, leaving many participants feeling like the competition goes beyond the actual race. Tapping into runners' frustrations, race directors have introduced VIP programs—pumped-up registration packages featuring a bundle of perks for those willing to pay.

Designated bathrooms, hot meals and temperature-controlled tents are just a few of the benefits some races provide to runners with royal status.

"I think races are looking for ways to enhance the experience for runners," says Julie Armstrong, marketing and communications director for Big Sur International Marathon in California. "Typically VIP programs cost more, but there are a lot of runners who like to have that special experience."

Since 2011, the Big Sur race has partnered with Runner's World to offer a VIP package that includes more than just entry and extra amenities. These packages are so successful that the 300 slots, each of which go for $429, usually sell out months before the race, Armstrong says.

Leading up to the April event, VIP runners have access to a special four-month customized training plan, designed by the magazine's running and nutrition experts. They also receive a membership to the VIP community online, where they can speak directly to the Runner's World experts, and a chance to run with the magazine's editors during marathon weekend.

On race day, Big Sur VIPs ride private buses to the start, get their own tent with private bathrooms, and enjoy a catered meal and complimentary massages after the race.

But Big Sur isn't the only major marathon capitalizing on the VIP trend.

For those who can shell out $1,500, the Marine Corps Marathon also has a VIP program, available to 300 participants. Runners receive one immediate entry into the marathon and an additional registration for either the marathon or the 10K.

"We know the entry into the marathon is a very sought item," says Angela Anderson, deputy director of the MCM. "We thought if we offer this package, they have another way to get into the event."

The fee also covers two nights at the Gaylord National Resort & Convention Center and includes special passes to a brunch and a pasta dinner with featured speakers, as well as a host of race-day amenities.

Runners aren't the only ones who can achieve VIP status. The Pittsburgh Marathon not only has a perks program for race day participants, but also their fans.

When a registered runner buys a VIP package for $125, they can also opt to include their family and friends for an additional $100 per person.