An Open Letter to Men from Female Runners 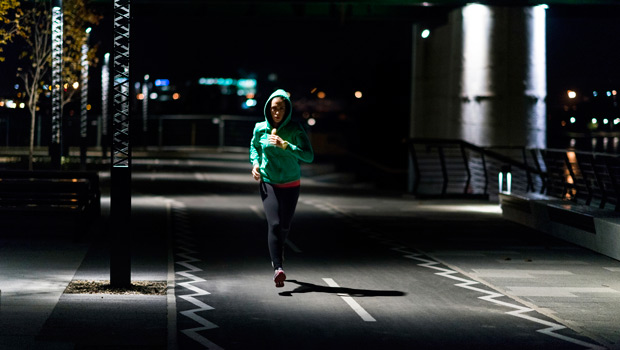 On the surface, the question was relatively benign, aside from an abrupt delivery: “Do you know what time it is?” he asked. “No, I'm sorry I don't,” I said as I picked up the pace a bit.

I could tell he didn't like my answer. I was wearing a watch and holding a phone, after all. I could check the time if I wanted to, but that's just it—I didn't want to.

“You can't check on your phone?” he said, with an agitated tone to his voice. No, no I can't, I thought.

Still, the part of me that was raised to do as she was told and to be polite to everyone ignored my inner voice and forced a reluctant glance at my phone before shouting back the time. Simultaneously, I picked up the pace even more.

I'm not sure what his intentions were. Maybe he did need to know the time, but the fact that he noticed I had a phone didn't sit right with me. Was he trying to catch me off guard? Was it just an attempt at getting me to stop? Thoughts swirled in my head over a seemingly innocuous interaction.

Then I got mad—mad at him and mad at myself for the way I felt.

I don't like judging others by looks, their gender, or even a few words. I don't like thinking about whether you really are lost and in need of directions or if you see me, a lone female out running—miles from any help—and think that this is your chance to have your way with me.

It makes me sick to think about but, as a female runner, this is the world that I live in.

I've been called vile names after not returning a hello to a passing male runner. I've listened as a male volunteer at a marathon pointed out another woman’s “camel toe.” I've had stuff thrown at me out the window of a car by a man. I've been whistled at, cat-called and objectified by men. I've had to call the police on more than one run because of a man.

So, here's my open letter to the man on the trail—and to all men, really. I'd like for you to run a mile in my shoes.

That time you asked me for directions and I said, “No, sorry, I'm not stopping,” I wasn't being a jerk. I was worried for my safety. These days I worry about my safety more than ever, as stories of women being attacked, raped or even killed while out for a run continue to surface. I worry that if I don't take extra precautions, I will become a victim. I need to be extra careful around people I don't know.

I think I know you are probably harmless, but there is also a part of me that doesn't know. Men sometimes react in ways I don't understand.

One day, a man yelled at me out of his car window while I was pushing my three children in a running stroller. Regrettably, I reacted in the heat of the moment. I didn't know that showing him a certain finger would unleash the beast inside him. I didn't know that he would turn his car around and chase me down. I didn't know that morning when I went for a run that I would fear for my children's lives.